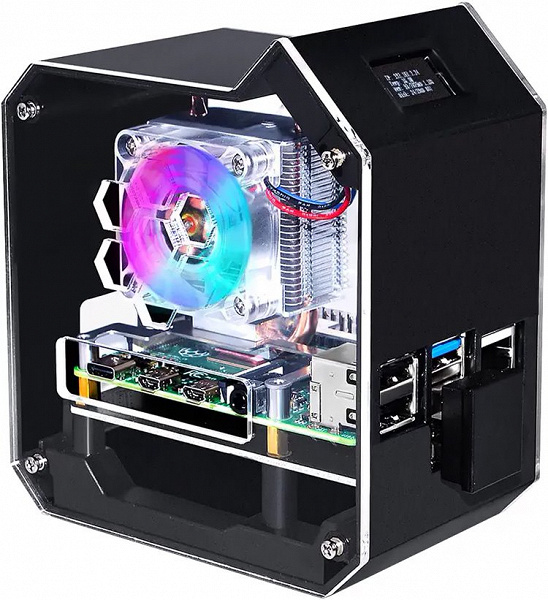 The kit includes a 3D printed body and clear acrylic sidewalls. An OLED screen with a resolution of 128 x 64 pixels is provided.

In addition, customers get a 52Pi Ice Tower tower cooler that includes a backlit fan and a 5mm copper heatpipe.

Also included is an M.2 2280 SSD expansion card up to 2TB. There is also a GPIO adapter for 90-degree rotation. 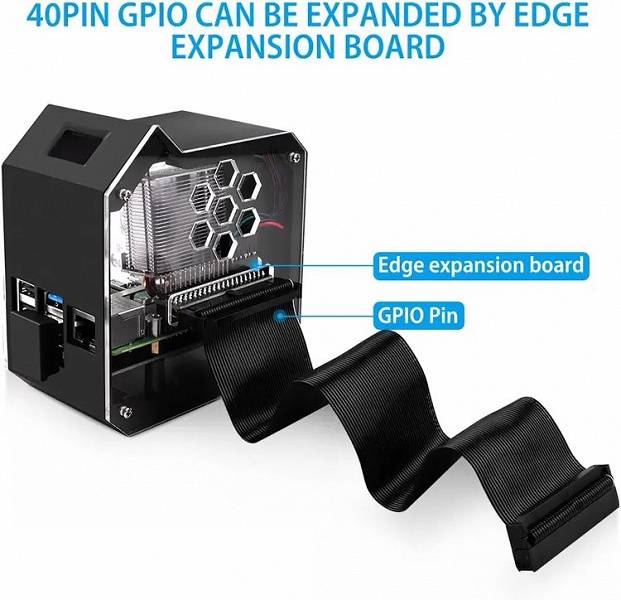 The Raspberry Pi Mini Tower NAS Kit costs $60, and the Raspberry Pi 4 Mini PC itself needs to be purchased separately. This PC has a Broadcom BCM2711 processor with four Cortex-A72 cores, up to 8 GB of RAM, two micro-HDMI connectors, two USB 3.0 and two USB 2.0 connectors, as well as USB-C, a gigabit Ethernet port and a microSD card slot.