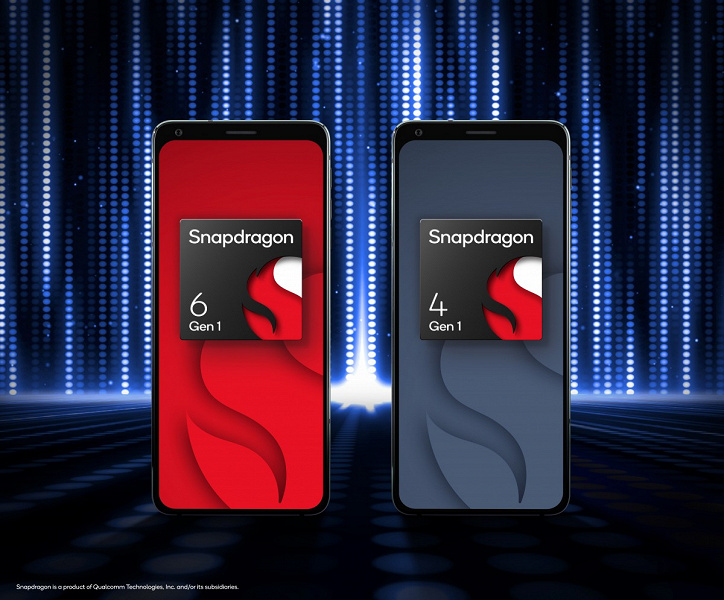 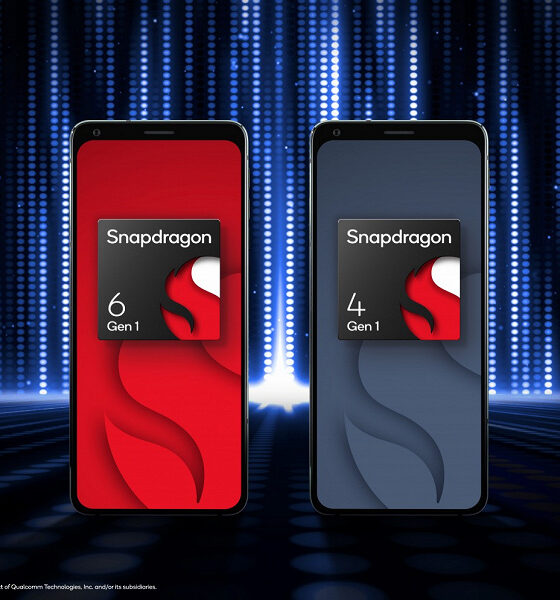 Qualcomm introduced the best platforms for low-cost and budget smartphones at the moment? Snapdragon 6 Gen 1 and 4 Gen 1 configurations become known

Last night, Qualcomm introduced new SoCs for low-end smartphones: Snapdragon 6 Gen 1 and 4 Gen 1. Qualcomm did not reveal all the details, but third-party sources have them, so we can better understand what the company announced.

Let’s start with the older SoC. Snapdragon 6 Gen 1 received four Cortex-A78 processor cores with a frequency of 2.2 GHz and four Cortex-A55 with a frequency of 1.8 GHz. This is a much more powerful configuration than any other Snapdragon 6 platform, and in general the same set of cores in the Snapdragon 778G, only the latter has a slightly higher frequency. That is, Snapdragon 6 Gen 1 in terms of performance should significantly outperform all Qualcomm platforms in its own line and most of the platforms in the Snapdragon 7 line. True, so far we can only talk about this with regard to the processor part, since there are no details about the GPU.

As for the Snapdragon 4 Gen 1, this SoC received two Cortex-A78 cores at 2 GHz and six Cortex-A55 cores at 1.8 GHz. It’s also far better than any other SoC in the Snapdragon 4 lineup. In fact, it’s almost identical to the Snapdragon 695, and it’s aimed at budget smartphones. Of course, here again we are only talking about the CPU.

As a result, it turns out that Qualcomm in one fell swoop brought new platforms to a new level: Snapdragon 4 Gen 1 should be close to or even surpass all Snapdragon 600 solutions in performance, and Snapdragon 6 Gen 1 will be able to compete with the best SoCs in the Snapdragon 700 line. processor part. In addition, so far neither MediaTek nor Samsung have anything similar in terms of configurations in these classes.