Qualcomm recently unveiled its new chipset. This new product is called Snapdragon 678 and is an improved version of Snapdragon 675. The manufacturer said that the new chip has a higher level of performance and faster data transfer rates.

The new 8-core Snapdragon 678 chipset is built using an 11nm process technology. The Kryo 460 microprocessor frequency is now 2.2 GHz. At the same time, the new product received the same video chip (Adreno 612) as its predecessor. However, the manufacturer said that the new chip has increased the performance of the video chip. The company also announced that the GPU is optimized for engines such as Unity, Messiah, NeoX and Unreal Engine 4. In addition, the Snapdragon 678 supports screens with resolutions up to 2520 x 1080 pixels.

The new Snapdragon 678 chipset supports dynamic photo and video functions, Qualcomm said. This chip received a Qualcomm Spectra 250L processor. Smartphones with this chipset can get up to 3 main camera modules. In addition, they will be able to take pictures with a resolution of 48 megapixels and zero shutter lag. In addition, the manufacturer announced that this chip has received the 3rd generation Qualcomm AI. Thanks to this, the chip supports such camera functions as portrait shooting, laser focusing, night mode, 4K video recording at 30 fps, etc. 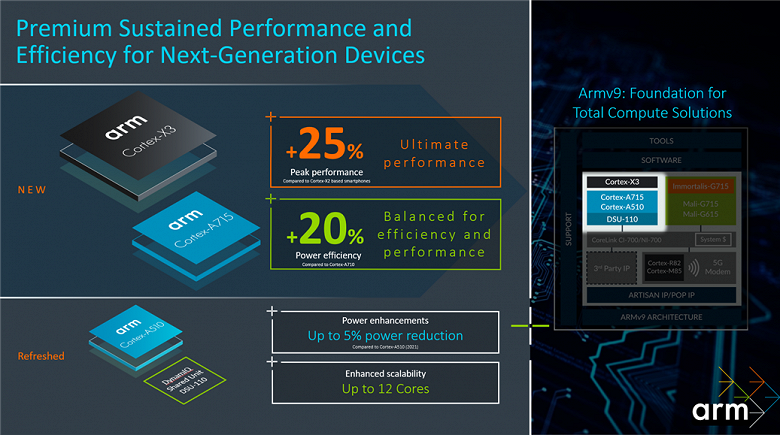