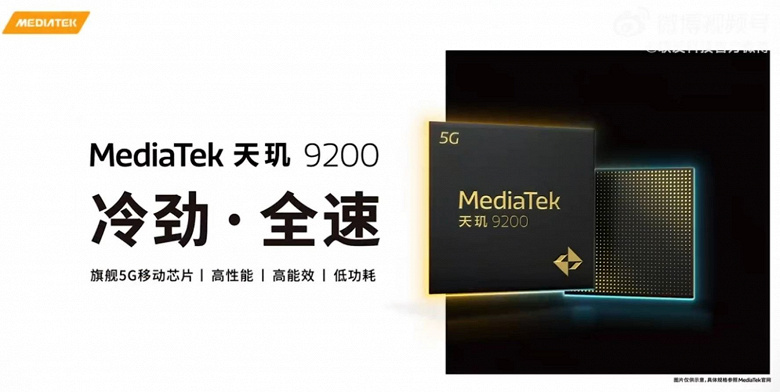 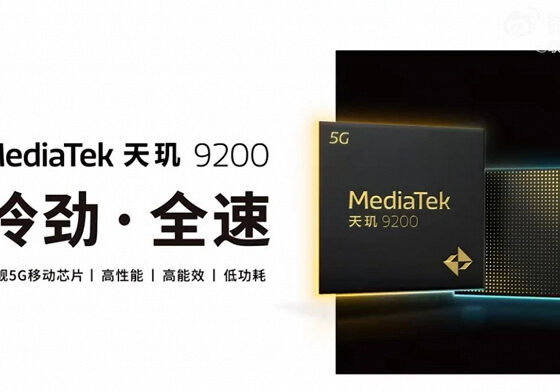 Today, MediaTek officially unveiled the flagship SoC Dimensity 9200. At the moment, until the premiere of Snapdragon 8 Gen 2 on November 15, the new MediaTek has the status of the most powerful SoC for Android smartphones: it scores over 1.26 million points in the AnTuTu benchmark.

The SoC processor is built according to the previous 1 + 3 + 4 scheme. There is one Arm Cortex-X3 super-core at 3.05 GHz, three Arm Cortex A715 cores at 2.85 GHz, and four energy-efficient Arm Cortex-A510 cores at 1.8 GHz. Compared to the Dimensity 9000, the performance of the new platform in the Geekbench 5 benchmark is 12% higher (in a single-threaded test) and 10% (in a multi-threaded test). At the same time, a decrease in consumption by 25% is declared.

MediaTek said the Dimensity 9200 is the first mobile SoC to be built on TSMC’s second-generation 4nm process. Actually, to a greater extent, this allowed us to reduce consumption. And also place 17 billion transistors on a chip.

The Dimensity 9200 received 8 MB of L3 cache and an Immortalis-G715 MC11 GPU with support for real-time ray tracing. Compared to the GPU used in the SoC predecessor, the performance of the graphics subsystem has increased by 32% (based on the GFXBench Manhattan 3.0 test).

Judging by the presentation and the part that was devoted to the GPU, MediaTek is positioning the Dimensity 9200 as a single-chip system for gaming phones. The platform supports VRS technology, which allows you to increase the frame rate in games by 10% while reducing consumption by 21%.

The platform also received a new APU 690 NPU to accelerate AI tasks and a new Imagiq 890 image processor with support for (for the first time) RGBW sensors (they allow for 30% more image brightness and 20% more detail compared to traditional sensors). The platform supports LPDDR5X 8533MHz RAM and is equipped with an 8-core, eight-channel UFS 4.0 flash memory controller. The MiraVision 890 chip is responsible for displaying the picture on the screen, it supports displays with WQHD + resolution, a frame rate of 144 Hz and HDR.

Of course, MediaTek Dimensity 9200 received a built-in 5G modem. There are also Wi-Fi 7 and Bluetooth 5.3 adapters.

A fundamentally important point: if earlier the first phones on the top MediaTek SoCs were released months after the presentation, now this practice is a thing of the past: the first device on the Dimensity 9200 will be presented before the end of November. Various sources agree that this will be a model of the Vivo X90 line.

During the premiere of SoC, representatives of Oppo, Xiaomi, Honor, Tecno, Asus and other companies commented. Apparently, they all plan to launch their flagships on the Dimensity 9200. In the case of Xiaomi, this could be a model of the Redmi K60 line, and in the case of Honor, a model of the Magic5 series.