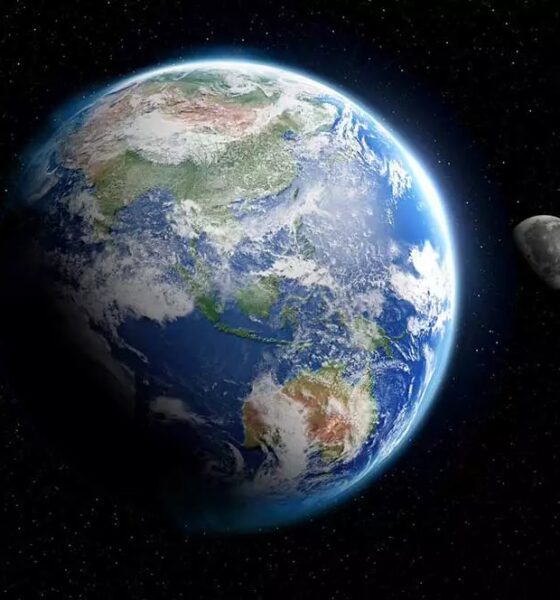 If we look at the Saturn’s rings, we see that they present a flattened shape Due to the centrifugal force exerted by the materials around it. The Sun, in the early days of the Solar System, also had rings around it. And this influences why the Earth is not bigger.

The earth is he largest rocky planet in the Solar System, but without becoming a super land. The calls “super lands» are terrestrial planets that orbit around the stars and that are larger than our planet, and that form around the 30% of exoplanets rocks that have been discovered so far.

Pressure zones, keys in the creation of the Earth

However, our planet did not reach such a large size due to small pressure areas in those early solar rings, as detailed in new research published in the Nature Astronomy. The team behind the research, including members from Rice University, the University of Bordeaux, the Southwest Research Institute in Boulder, Colo., and the Max Planck Institute for Astronomy in Heidelberg, ran hundreds of supercomputer simulations to recreate the formation. Of the solar system.

In it they found three high pressure bands in the early solar accretion disk, which may explain the composition of the asteroid belt between Mars and Jupiter and the formation of the kuiper belt beyond Neptune. They can also explain the nearly circular orbits of the four inner planets, their composition, and their various sizes. These high pressure areas can concentrate powder and act like planet factories as material accumulates. To simulate this, they used first dust, then planetesimals, and finally planets. According to their proposal, they claim that the pressure spikes produced deposits of material in the inner and outer zone of the solar system, and regulated the amount of material available for the planets to grow in the inner zone.

At those high-pressure points, the gas is denser and gas particles move faster, helping to slow down heavier material like dust and rocks, helping them accumulate into planets.

The fact that we don’t live in a super earth is good, since a Super Earth with a size 10 times larger would have a grave 10 times larger. If you weigh 70 kg on Earth, on that planet you would weigh 700 kg, which would have considerably changed the type of life that formed on Earth. With such high gravity, a magnetic field may not have formed to protect us from ultraviolet radiation, and the solar winds would have destroyed any type of atmosphere, as is the case on Mars, for example.

With these conditions, the astronomers they have more information when it comes to identifying possible planets that can harbor life, since excessively large planets present problems such as the one we mentioned, of being able to maintain an atmosphere around them.