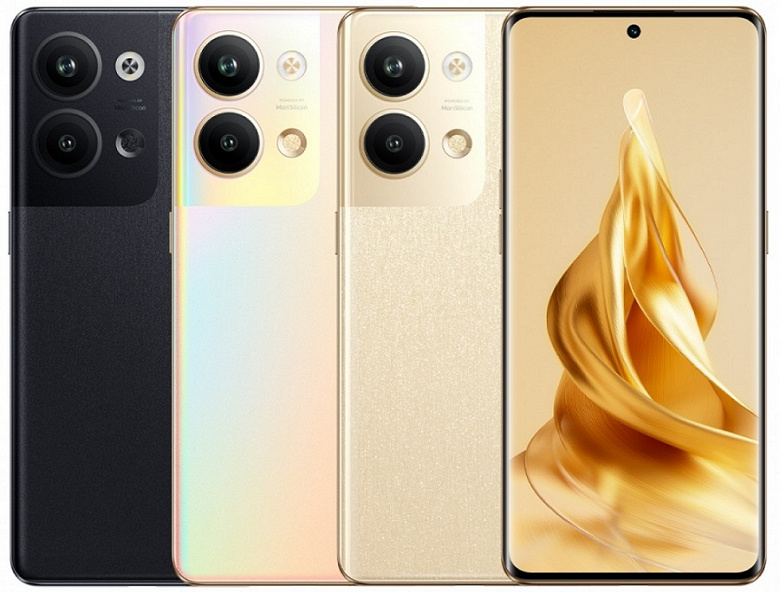 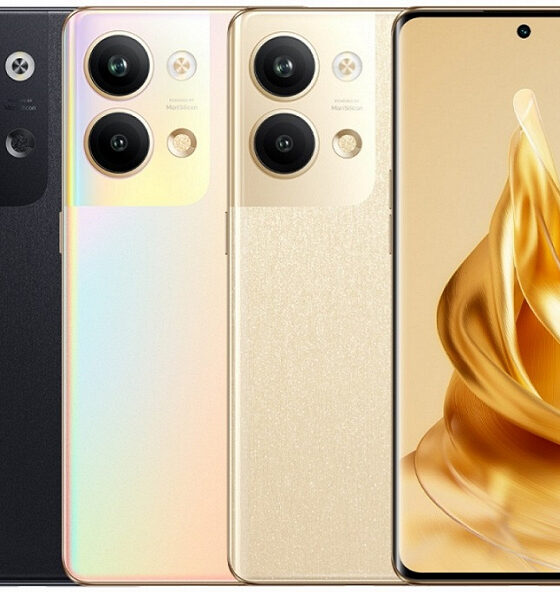 Oppo has launched the new Reno9 series of smartphones in China, which includes three models: Oppo Reno9, Reno9 Pro and Reno9 Pro Plus. Smartphones are focused, among other things, on high-quality portrait shooting. The devices look almost the same, but differ in performance. Previously, they were known thanks to many leaks, and now followed by an official announcement. The Oppo Reno9 and Reno9 Pro are 7.19mm thick and 174g in plastic frame with glass panels. Both models feature 6.7-inch curved AMOLED displays with a resolution of 2412 x 1080 pixels (FHD+) and a refresh rate of 120 Hz.

Oppo Reno9 is powered by Qualcomm Snapdragon 778G SoC, while Oppo Reno9 Pro is powered by MediaTek Dimensity 8100 Max SoC with MariSilicon X NPU image processor. The older model is available in two versions with different memory sizes: 16 GB RAM + 256 GB built-in and 16 GB RAM + 512 GB built-in, and the younger one is available in three versions: 8 GB RAM + 256 GB built-in, 12 GB RAM + 512 GB built-in. Oppo Reno9 and Reno9 Pro run Android 13 with ColorOS 13 interface. Both smartphones are equipped with 32-megapixel front cameras; as expected, these are ultra-sensitive autofocus cat-eye cameras. But the main cameras of the new products are different: the Oppo Reno9 has a 64-megapixel camera with an additional 2-megapixel monochrome sensor, while the Reno9 Pro has a 50-megapixel camera with a Sony IMX890 sensor and an additional 8-megapixel wide-angle module. 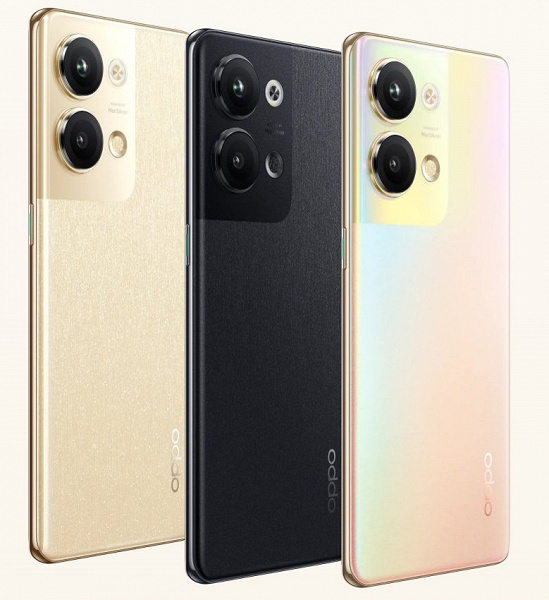