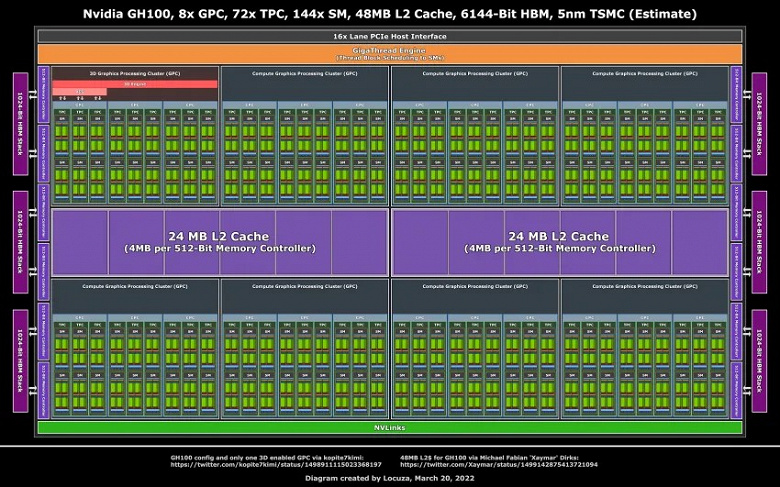 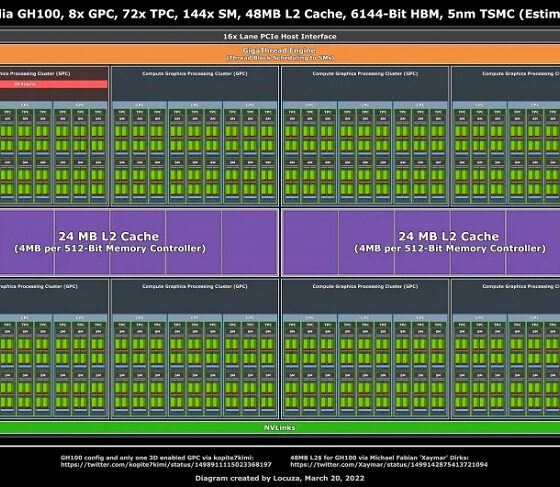 Nvidia has never made such GPUs before. GH100 Generation Hopper Details Revealed

Already today, Nvidia should present the Hopper architecture and, probably, tell something about the corresponding GPUs and accelerators.

Until that happens, we have interesting data regarding the GH100 GPU. One of the most curious features of this GPU will be that not all of its core computing units will be the same.

More specifically, the GPU will have eight GPC blocks, but only one of these blocks will have a 3D engine. Considering that the GH100 is focused on specialized computing, this solution will allow Nvidia to save the transistor budget for more important units in this segment.

As for the leaks about dual-GPU Hopper GPUs, that should be the GH202, which could be just a pair of GH100s. 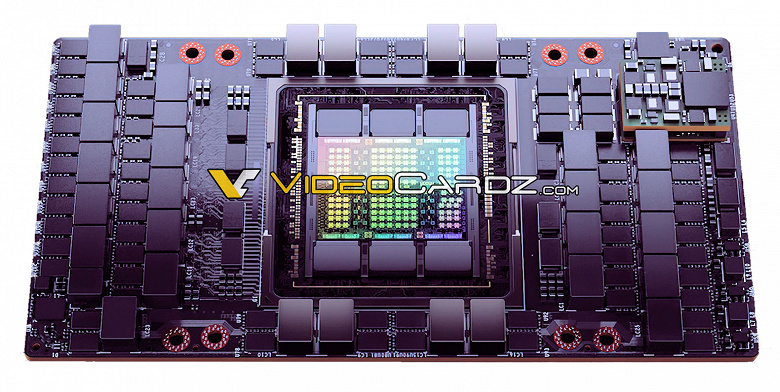 An image of the SMX board based on the GH100 also appeared on the Web. Here it is worth noting perhaps six memory chips.