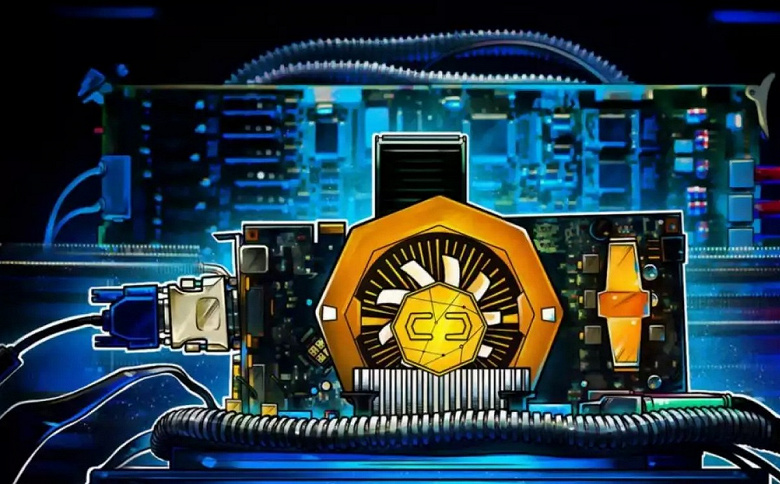 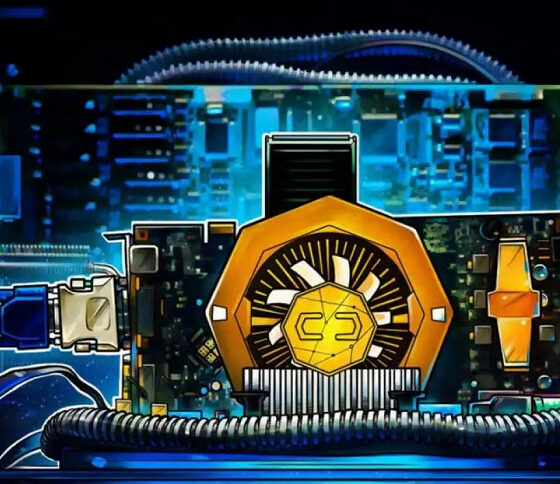 Nvidia and AMD have done very well during the cryptocurrency boom. Statistics clearly show how many video cards and at what prices were then sold

The authors of the 3DCenter resource decided to evaluate the hype that has already come to naught in the video card market associated with the boom in cryptocurrencies. And it turned out that AMD and Nvidia did very well in increasing their sales over the same period.

So, the stipulated period lasted six quarters: from the end of 2020 to the beginning of 2022. The source took the available statistics on GPU sales for these periods, as well as data on the average sale price of a video card for each quarter. 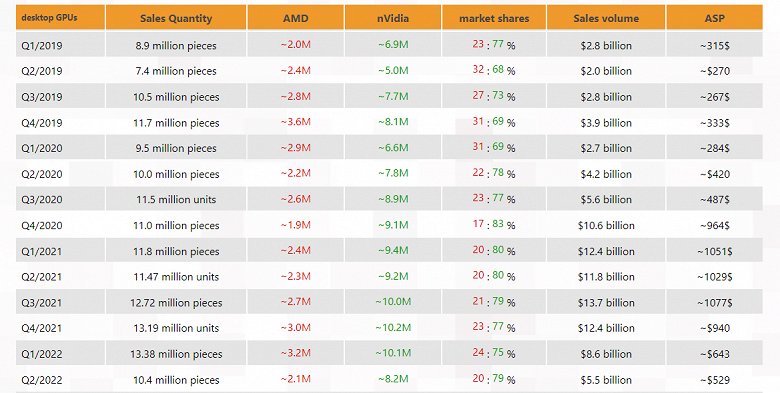 As you can see from the table, in quantitative terms, sales of video cards in those same six quarters grew significantly, but not dramatically. But the revenue soared at times. For example, in the first quarter of 2021, it amounted to about $12.4 billion, which is more than 4.5 times more than the year before. It’s all because of the prices: the average selling price has risen from $284 to $1,051.

Thus, both Nvidia and AMD significantly increased their sales in quantitative terms with a multiple increase in revenue.

The peak came in the third quarter of last year, when the average price rose to $1,077 and the entire market to $13.7 billion. For comparison, the year before, the figures were respectively $487 and $5.6 billion.

Now the market has clearly returned to normal. In the second quarter, the average selling price fell to $529, while revenue was $5.5 billion. 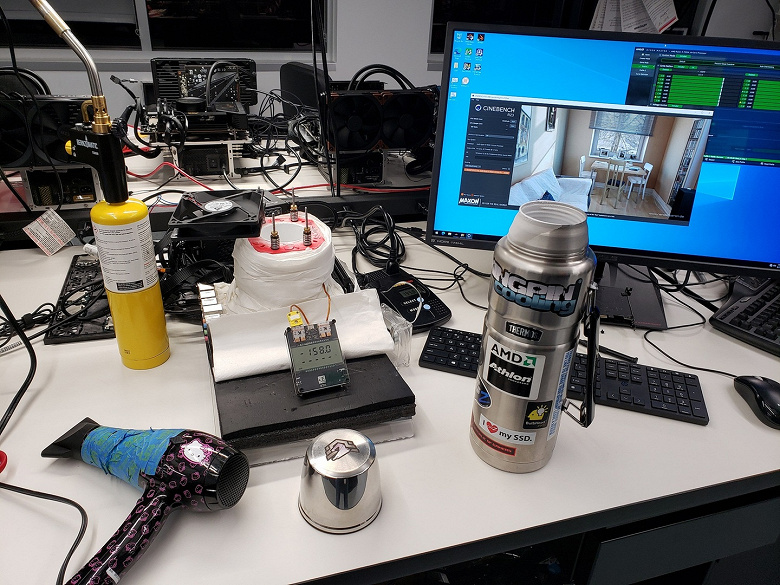