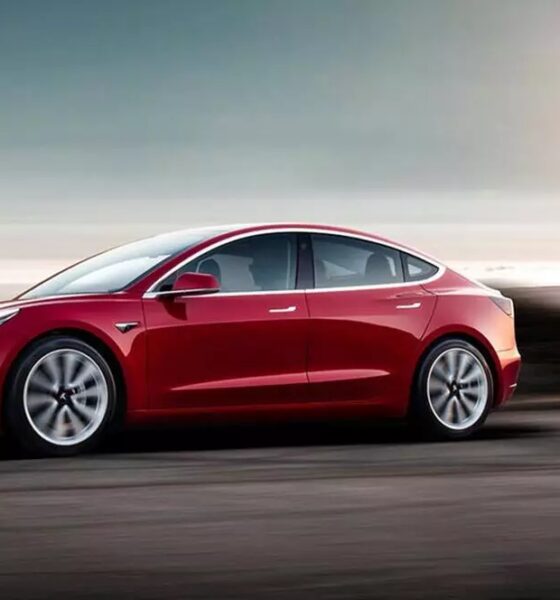 Now yes: Tesla changes its concept and improves the fragility of its cars

One of the great fronts Tesla had in mind was the reliability and brittleness of their cars, probably their weak point compared to other manufacturers. In this situation, the one considered as the leader of electrified vehicles, would have put an end to one of its great evils by changing its own concept to make them more resistant and proof of all the tasks that have appeared in recent years.

In recent times there has been the situation that, beyond Tesla, it has been seen as the reference brand In the segment of electric cars and the one that everyone wants to copy, there is a problem in the brand with most of its models that have been dragging over the years and that until now they had not solved.

We speak in large size about the Tesla reliability. So much so that, gradually, it is gaining a reputation as a brand that does not take care of details and whose appearance is not contrasted one hundred percent. Every so often, news comes from users who complain about problems with the American manufacturer’s models.

They are largely aired on social networks, as well as calls for review from the US authority in charge of ensuring the safety of cars in the United States. This was something that had been repeated in many cases; well through battery problems, fires, lack of performance in the engines … that is why the brand wanted to give a twist to its concept to improve this fragility that had been occurring.

In fact, according to the latest reliability and quality study carried out by JD Power, the firm of entrepreneur Elon Musk disappointed with results well below expectations for a brand of these characteristics. In it, Tesla ranked last in the Initial Quality Study of the consultancy, with regard to reliability and quality within automotive brands, registering 250 problems for every 100 vehicles. That is to say; an average of 2.5 failures for each one.

This was what made Tesla commit to improve in this direction, opting for reformulate your initial approach about. They first went to a new modern facility that serves to test and develop new products, for which a laboratory equipped with test chambers, workshops and testing equipment for solar energy related products will be designed.

At this time, in addition to Freemont, the Shanghai factory is operational, with one more, the Berlin factory, which is still in the production phase. Following this purpose, it should be noted that we are facing a business model with increasingly high protection and security standards. Therefore, each of the vehicles produced must undergo a series of tests to verify its reliability. In the particular case of Tesla, they are up to a total of 25 points are personally reviewed. This makes it possible to detect faults before delivery. At the same time, it should be mentioned that, on paper, electric cars are reliable. In the case of electric motors, having much fewer parts than combustion engines, they are infinitely simpler. On the other hand, they lack complex gearboxes and anti-pollution systems. Its Achilles heel is the high voltage battery, subject to degradation and loss of capacity with time and use.

Likewise, according to the study of the American consulting firm, in most brands of this type of vehicle the problems seem to come from the more technology included rather than actual powertrain problems. Analysts noted that luxury models tend to be less reliable, as they have more complex infotainment features, and more technology overall. The cheapest ones, since they make use of older and simpler technology, work much better according to the report.

Regarding reliability, it should be noted that recently Tesla’s own leader, Musk, stated that their vehicles are designed to last more than a year. million and a half kilometers, with the battery and engine performance modules operating for 500,000 and 800,000 km.