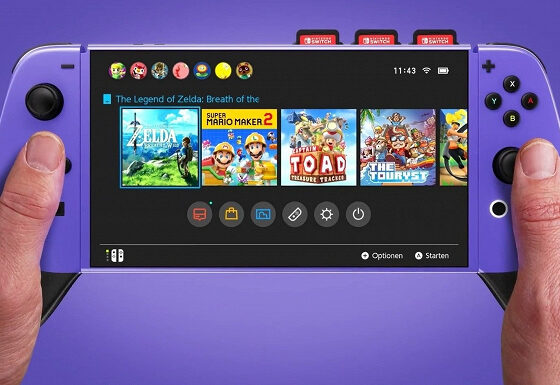 Nintendo Switch Pro could be out at the end of the year. New Rumors Speak of Maintaining the Form Factor and Compatibility with Current Cartridges

The Network has again started talking about the Nintendo Switch Pro console. New rumors claim that the prefix will be announced towards the end of the year.

The source says the new Switch has better performance while still using the same form factor as the current generation. In addition, compatibility with existing cartridges will allegedly remain.

If we recall earlier data, the Nintendo consoles were credited with the Nvidia platform with Ada Lovelace generation GPUs. Initially, rumors talked about the release of the console back in the second half of last year, and then it seemed strange, given that there would be another year before the release of the GeForce RTX 40 line on the same architecture. Now, new 3D maps should be announced in the coming months, so the console’s release fits into that schedule.

In addition, the set-top box was previously credited with supporting DLSS and 4K when connected to a TV, an AMOLED screen and a seven-inch display.

We cannot verify the reliability of the current source, so the information should be treated accordingly.