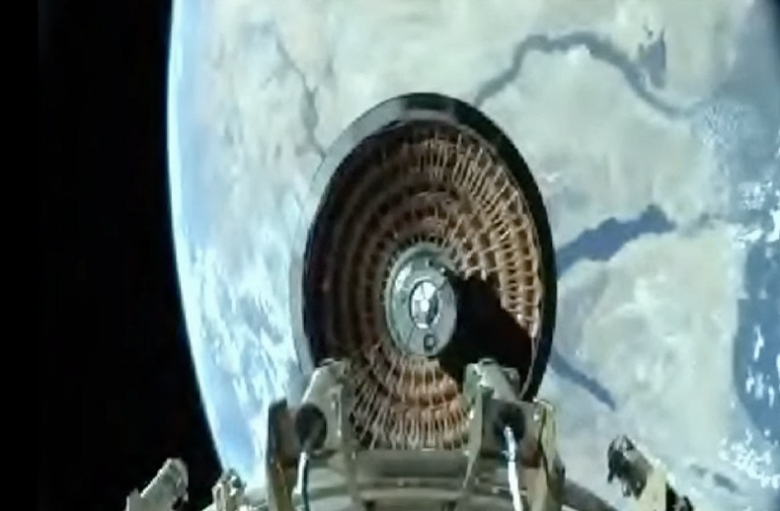 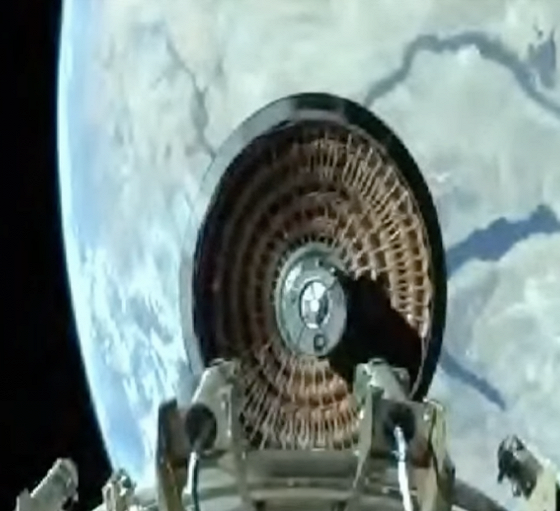 NASA has flight-tested the HIAD inflatable airbrake, which is planned to be used on missions to Mars.

NASA successfully tested an inflatable drag aeroshell as part of the LOFTID project, during which the aeroshell deployed in low Earth orbit and entered the atmosphere, after which it splashed down in the Pacific Ocean. It is expected that such a system will be used in the future for the descent of cargo from near-Earth orbit and flights to Mars. N + 1 writes about this with reference to the agency data.

LOFTID (Low-Earth Orbit Flight Test of an Inflatable Decelerator) has become a new milestone in NASA’s development of a hypersonic inflatable aerodynamic decelerator (HIAD), designed both for lowering objects from low Earth orbit and for use in future flights to Mars. In addition, such a device can be used for descent vehicles sent to Venus, Titan or gas giants, or for capsules returning to Earth with soil samples from asteroids.

HIAD consists of a set of inflatable tori creating a conical design and flexible thermal protection. The rings are made of durable synthetic fibers and the thermal protection consists of three layers, which allows it to withstand temperatures in excess of 1600 degrees Celsius. HIAD is larger than conventional rigid aeroshells, due to which it creates more resistance to the oncoming atmosphere and can be deployed at high altitudes. 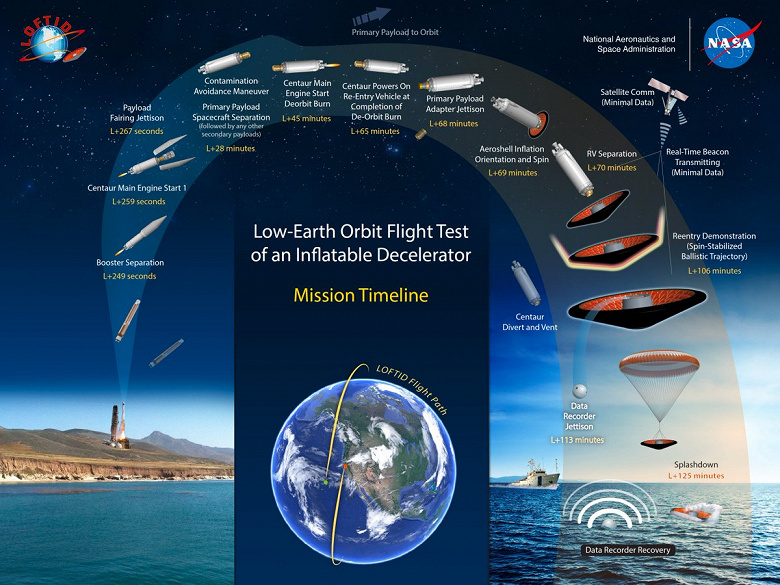 The development of HIAD has been going on for more than 10 years, for the first time the technology was tested in 2009 as part of the IRVE-II ground experiment. LOFTID became a flight test of an inflatable shell in the Earth’s atmosphere on November 10, 2022. The shell itself acted as an additional payload launched into low Earth orbit by the Atlas V rocket, the main load was the JPSS-2 meteorological satellite. After the satellite separated from the Centaurus upper stage, the deployment of HIAD began and its positioning with the help of the block for the correct re-entry into the atmosphere began.

The entire test took less than an hour. When HIAD slowed down enough in the Earth’s atmosphere, it released a parachute and dropped the return data collection module on the descent process. Then the aeroshell successfully splashed down in the Pacific Ocean, from where it was retrieved by the approaching rescue vessel.