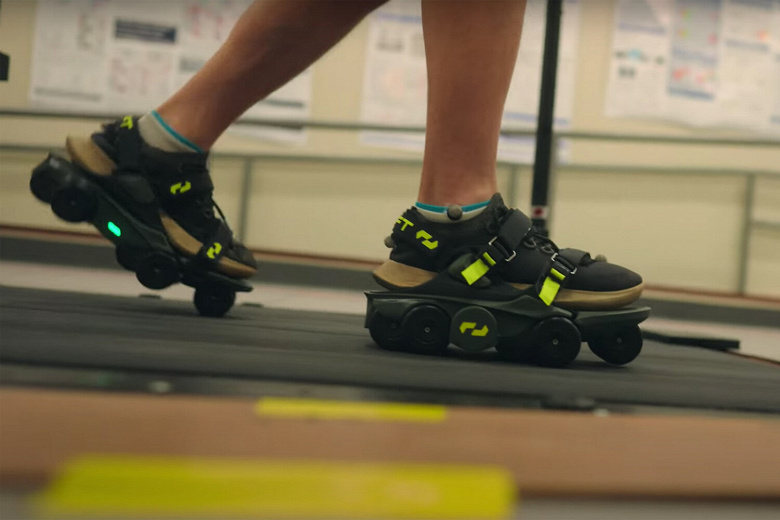 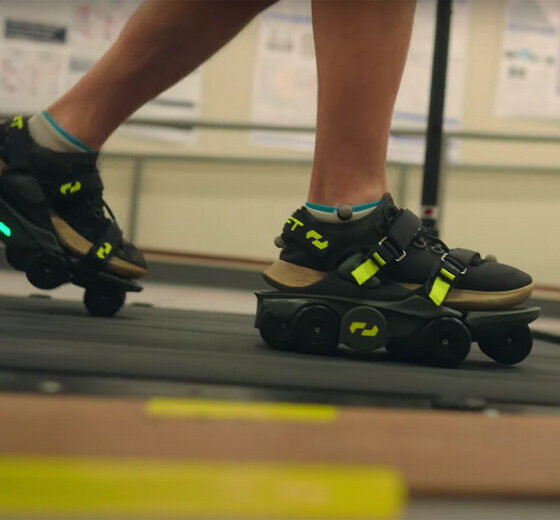 On Kickstarter, a shoe called the Moonwalkers was introduced, which promises to significantly increase the speed of walking. The developers claim that you don’t need to be able to roller skate with Moonwalkers. You just need to go.

Unlike sidewalk rollerblading, which requires some training, Moonwalkers are as easy to use as moving belts that carry you through a long airport terminal. You simply strap them on to your feet and go for a walk enjoying a significant speed boost.

The strappy design allows the Moonwalkers to be worn with almost any pair of shoes. Each device is equipped with a 300-watt electric motor that powers a set of eight polyurethane wheels. They are much smaller than those found in inline skates and are not in a straight line, so they do not need to be balanced.

Sensors track the user’s gait while algorithms automatically adjust the power of the motors to sync with each leg, so the added speed increases and decreases automatically. The articulated toe box flexes just like a regular shoe.

Moonwalkers are claimed to be able to increase their walking speed by 250%, but top speed is capped at 11.2 km/h even when traveling downhill. They are also designed to be used on stairs with a special foot gesture that activates a mode that locks the wheels and prevents them from rolling freely.

With a battery range of around 10 km, they could potentially be another car alternative for short commutes. And because they’re so much smaller than an electric scooter or bike, they’re easy to store on your desk or in your backpack.