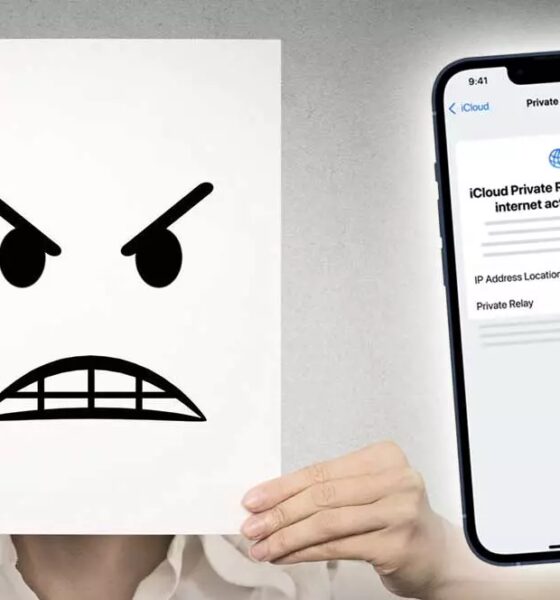 Monumental anger: operators don’t like the latest from Apple and the iPhone

Manzana he has a habit of doing many things in his own way. That way, unfortunately, usually causes a multitude of problems with companies or state entities. Now, Apple has managed to piss off all the big European carriers by introducing Private Relay in iCloud.

Private Relay is an iCloud feature that was announced next to iOS 15, which encrypts your browsing data in Safari so that neither Apple nor a third party can review your browsing history. When we surf the Internet, there is a lot of information contained in our traffic. Among her we find the DNS records and our IP address, which can be seen by the operator and the websites we visit.

Through all this information, it is possible to associate an identity with a person and create a profile with many data points, such as location, navigation time, etc. Private Relay blocks all of this from Safari, preventing it from knowing what the user is visiting, since all DNS records and browsing information are encrypted.

All of this is good for the user, but not so good for the operators. Apple acts as if it were a VPN, generating a temporary IP address, and finally connecting to the destination. With this, by default, operators can no longer know what the user is doing while browsing the Internet.

In August 2021, less than two months after Apple announced the feature, carriers such as Telefónica, Vodafone, Orange or T-Mobile they sent a letter to the European Commission expressing your concerns about the service. Although they recognize that user privacy is improved by encrypting and redirecting traffic, it also blocks access to networks and servers so that they know vital data to function properly, negatively affecting Europe’s digital independence.

The blocking of pirate websites, in danger

The operators have also asked the EU to identify Apple as a “digital gatekeeper” as established in the Digital Markets Law of the EU. If they did, Apple would not be able to introduce features such as Private Relay in Europe.

The system, although it works fast, can adversely affect the network performance, including the speed tests. Therefore, if you have performance problems, you will have to deactivate it, although to do normal Internet browsing you should not have problems.

The Private Relay feature in iCloud is currently available at beta phase for users of iOS 15, iPadOS 15, and macOS Monterey. We do not know what will happen after the beta, but so far the European Union has not responded to the letter from the operators.