Microsoft shares have grown almost continuously since June 4 of this year and today have reached $ 265.5 per share. During the day, growth was 1.1%, but this was enough for Microsoft’s capitalization to exceed $ 2 billion. So the Redmond giant is now worth almost as much as Nvidia, Samsung, Visa, and Tesla combined.

Tech stocks rallied today as Federal Reserve Chairman Jerome Powell said inflationary pressures would be temporary, even after rising markedly in recent months. Powell, in particular, stated that he has “some degree of confidence” that prices will eventually decline, while noting that it is “very, very unlikely” to see 1970s-style inflation.

Speaking to a House subcommittee on Tuesday, he called inflation of 5% unacceptable. Shares of tech and retail companies rose on the back of these announcements. The dollar fell, while Bitcoin, on the contrary, rose slightly: if in the daytime the value of BTC went below the $ 30,000 mark, then at the moment almost $ 33,000 is given for 1 BTC.

As for Microsoft, in the short term, the company’s shares may add even more if analysts assess Windows 11 positively, which will premiere on June 24.

BMW new generation. Named the timing of the release of an SUV on hydrogen fuel cells 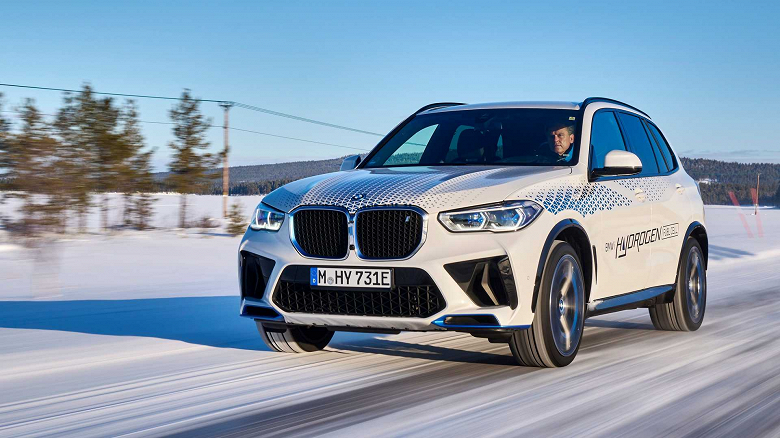 BMW unveiled the hydrogen fuel cell iX5 Hydrogen concept car at the German International Motor Show in September 2021. The iX5 is based on the BMW X5 SUV. The company previously announced that small-scale production of the SUV would begin before the end of 2022.

An FCV can be refueled in three to four minutes – much faster than a battery electric vehicle. While BMW hasn’t revealed the iX5 lineup, the model is equipped with two 6kg tanks to enable long-distance travel.

BMW will also accelerate the transition to electric vehicles. The company is currently aiming for 50% of new sales across the group, including the Mini and Rolls-Royce brands, to be electric vehicles by 2030. Electric vehicles make up a bigger share of sales than expected, so it’s possible the company will reach 50% one to two years ahead of schedule.