According to the tech giant, the problem in the protocol is not a vulnerability.

Microsoft Outlook email client since at least 2016 exposes unprotected user credentials when requested in a specific way. Microsoft is aware of the problem, but still advises customers to only interact with servers they trust.

On August 10, 2016, the director of the British IT company Supporting Role, Marco van Beek, sent a message to the Microsoft Security Response Center about an issue with the Microsoft Autodiscover feature of Microsoft Exchange mail servers, which allows mail clients to automatically discover mail servers, provide credentials, and then get proper configurations.

“Accessing passwords for Exchange users, and therefore Active Directory, in clear text is extremely easy. This does not necessarily require any kind of breach of corporate security, and it is as secure as file-level access to a corporate website, ”Beek said.

The PoC code for exploiting the vulnerability consisted of 11 lines in PHP, although it could presumably be shortened to three lines. The researchers attached an explanatory PDF and described the behavior of the Microsoft Autodiscover protocol when the email client software tries to add a new Exchange account.

On August 11, 2016, Microsoft confirmed a reproduction of the issue in Bick’s report. However, on August 30, 2016, the company announced that the report did not describe the real vulnerability.

“Our security engineers reviewed the report and determined that this is not a vulnerability that needs to be serviced as part of our monthly patch Tuesday process. An SSL certificate without a matching hostname is never recommended to be accepted. Before submitting your request, make sure it is trustworthy. Remember, you are submitting user credentials, so it is important to make sure you only share them with a server you can trust, ”Microsoft replied.

Five years later, cybersecurity researchers at Guardicore discovered the same error in the Microsoft Exchange mail server. The issue has resulted in the leaking of domain and Windows application credentials around the world.

As Beek noted, he and the experts at Guardicore separately discovered the same issue with the disclosed credentials. “The main difference is that they found a way to remove them from the main mail domain, while I stopped when I realized that most mail clients did not even check the SSL certificate before giving the gifts,” he explained. 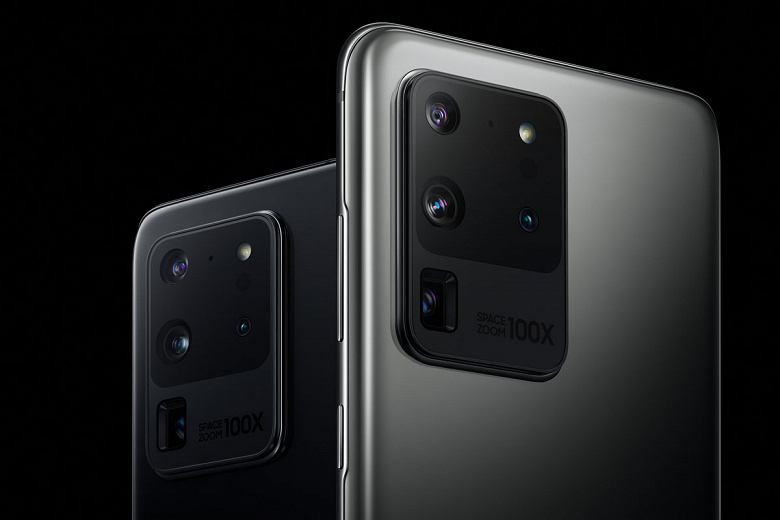 Audius (AUDIO) is an artist-run, community-owned music streaming platform that aims to enable anyone to freely distribute, monetize, and stream audio.

Audius aims to return money and power to artists by connecting them directly to listeners and removing record labels and middlemen from the equation.

If bitcoin can be called the digital analogue of gold, then, according to the developers, Audius aims to be the next Spotify or SoundCloud on the blockchain. “The cryptocurrency music app aims to decentralize and democratize the music industry and give artists back more money and control.”

An unknown person was able to change the configuration of the smart contract for managing Audius, and then created a malicious offer to withdraw $6 million in AUDIO tokens. 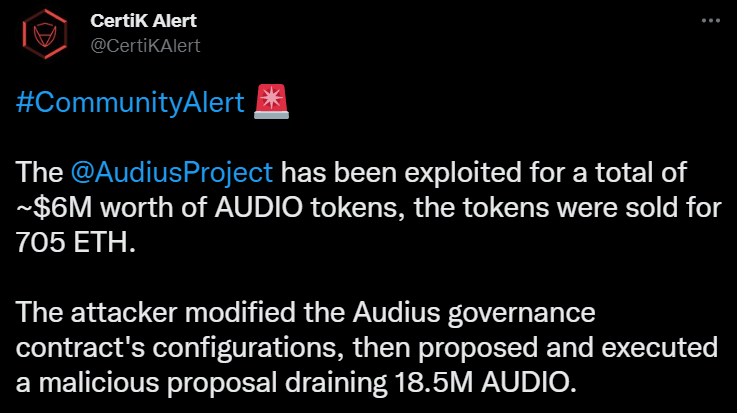 An unknown person was able to change data on the voting time for the proposal in the Audius smart contract, as well as the delay in the execution of the voting result. As a result of the fraud, the attacker brought the stolen cryptocurrency for sale, however, due to market slippage, he was able to sell a cryptocurrency worth $6 million for only $1.1 million in Ethereum.

According to the attacker’s address transfer history, the cryptocurrency received from the sale was “laundered” at 100 ETH per transaction through the Tornado Cash mixer.

Audius representatives confirmed the hack. The project developers claim that the functionality of the smart contract has been resumed after a detailed study. Whether Audius will compensate investors for losses remains unclear. 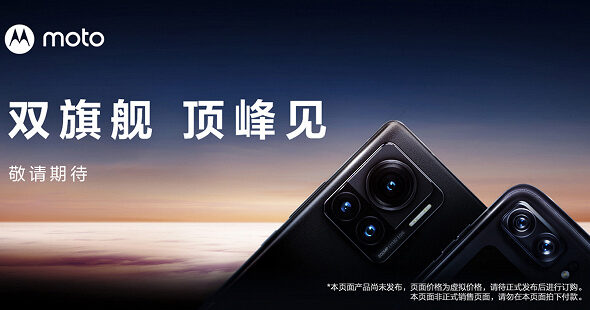 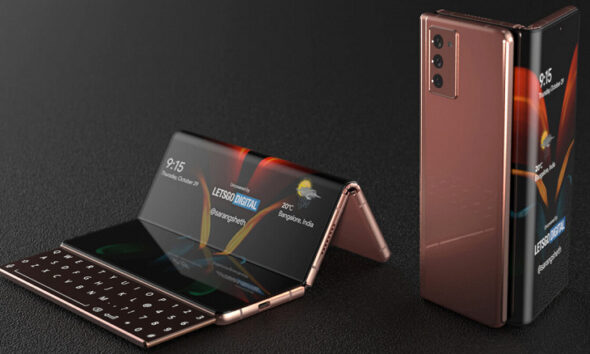