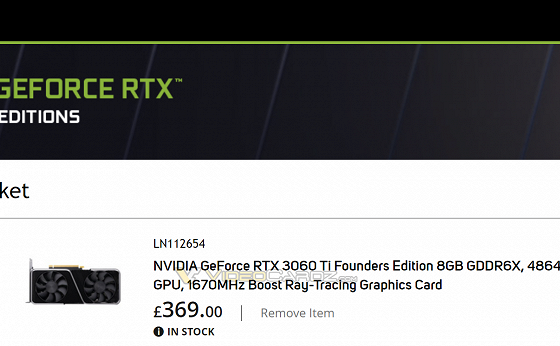 The rumor that Nvidia is preparing a version of the GeForce RTX 3060 Ti with GDDR6X memory was confirmed by the catalog of the British retailer Scan, Nvidia’s official partner for selling Founders Edition 3D cards on the island. It should be noted that you can’t find a new version of the video card in the seller’s catalog just like that, for this you need to perform a series of actions. This may indicate that the seller is already preparing to add a new product to its range (in connection with which it has already begun updating the site), but Nvidia has not yet given the go-ahead to make changes.

Also noteworthy is the fact that the GPU frequency of the new model is higher than that of the old one – albeit by a symbolic 5 MHz (1670 MHz versus 1665 MHz). Finally, the use of 19 GHz GDDR6X memory will significantly increase the memory bandwidth – it will increase from 448 to 608 GB / s with the same 256-bit bus.

Rumors have suggested that the GeForce RTX 3060 Ti with GDDR6X memory will be released in October. Let’s hope we don’t have to wait long.