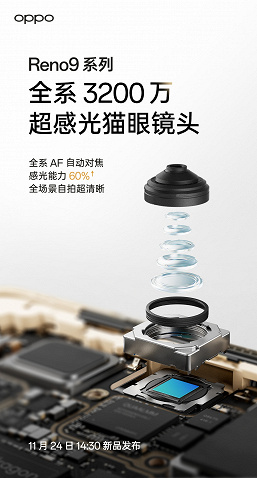 This week, the presentation of the new Oppo Reno9 series will take place, focused in particular on high-quality portrait shooting.

Today, the company officially announced that for these purposes, Oppo Reno9 will receive an ultra-sensitive cat-eye lens in the entire series with a 60 percent increase in light sensitivity compared to the previous line. The resolution of the image sensor will be 32 megapixels, it will support autofocus and optical image stabilization.

In addition, the new phone is also equipped with Oppo’s proprietary Mariana imaging chip, which is manufactured on a 6nm process and is responsible for the MariNeuro AI system. 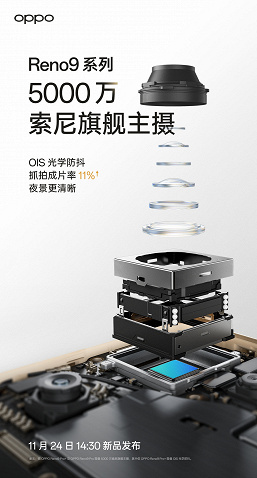 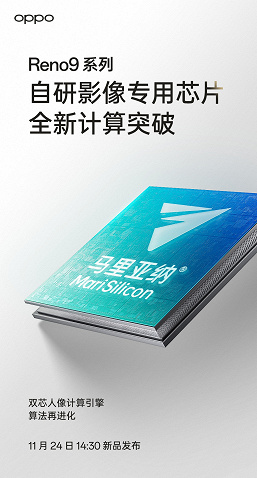 The Oppo Reno9 Pro + smartphone in the basic version is not equipped with 8 GB and even 12 GB of RAM. The base version received 16 GB of RAM and 256 GB of flash memory. The older version is characterized by twice the amount of non-volatile memory (16/512 GB).

The presentation is expected on November 24th.