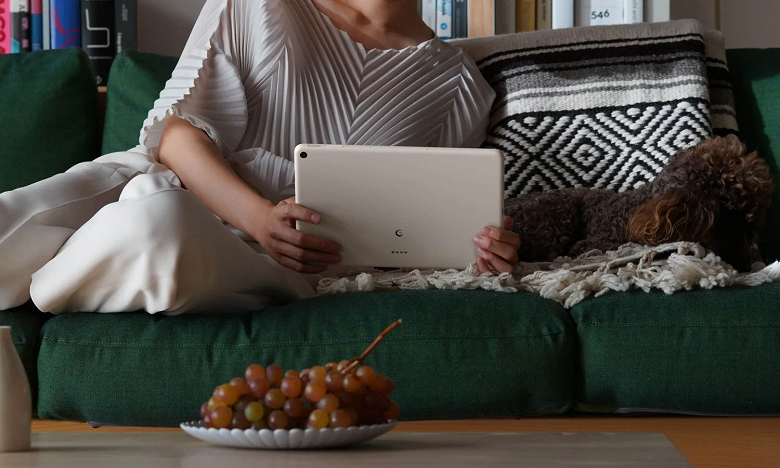 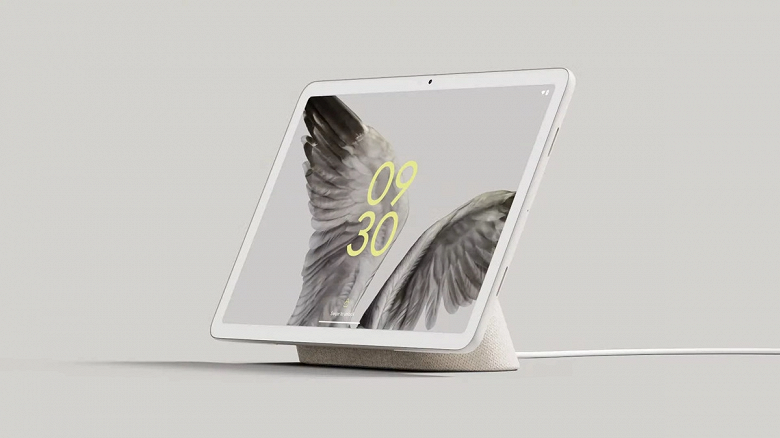 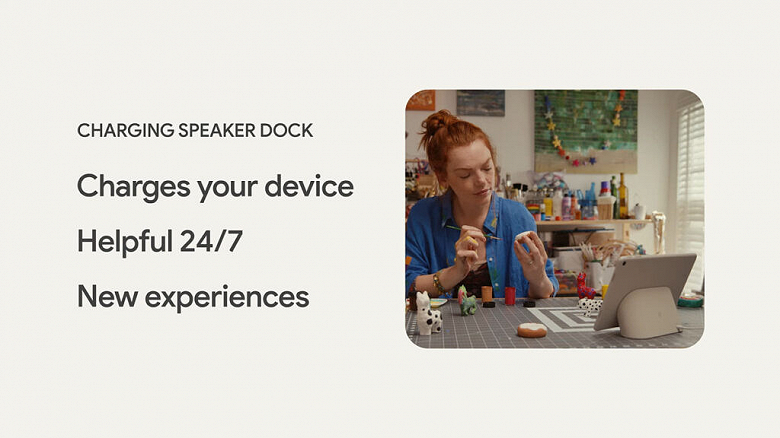 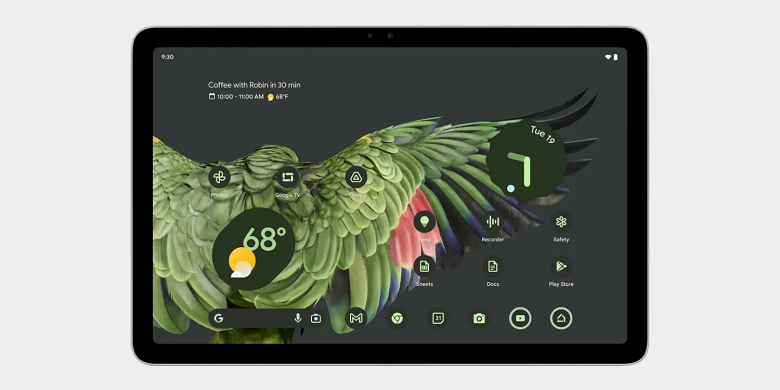 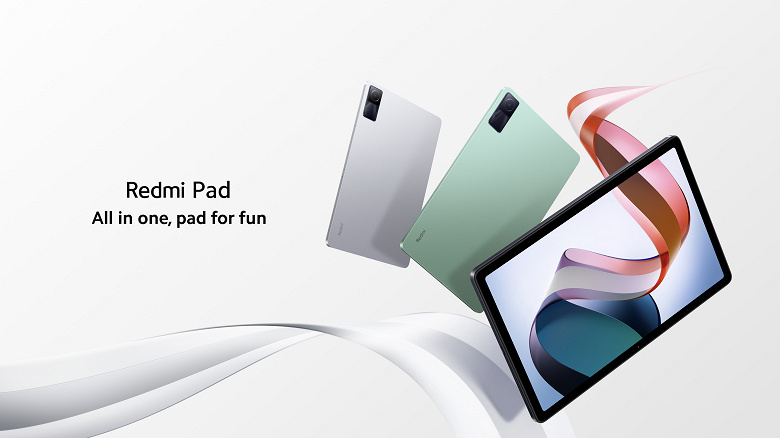 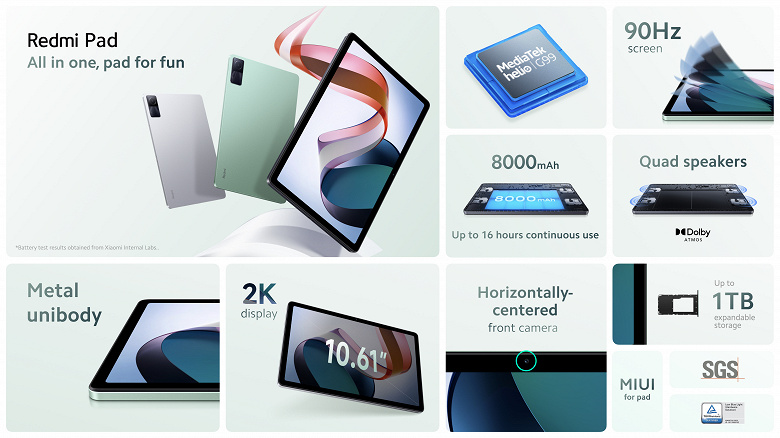 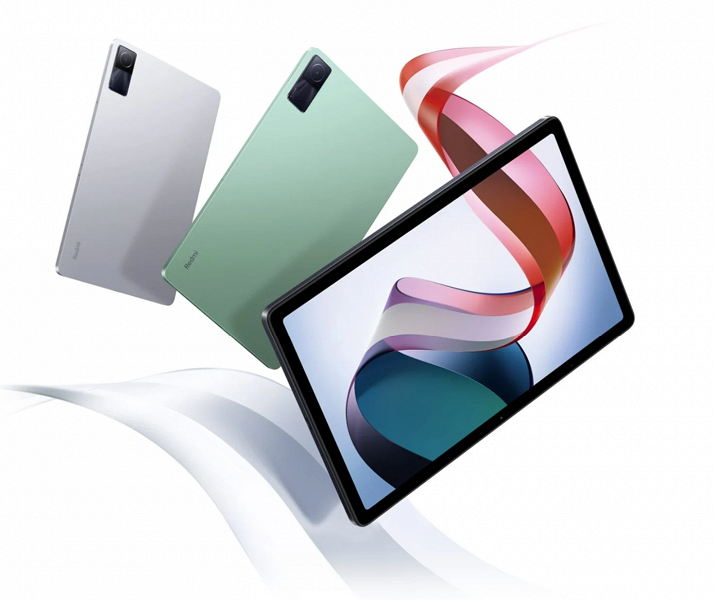 Xiaomi has just announced a new tablet called the Redmi Pad which weighs just 465 grams making it as light as the Apple iPad Air.

The tablet received a metal case made of aluminum-magnesium alloy. On the back is an 8-megapixel camera with a built-in document scanner. Redmi Pad is available in several colors, namely: Graphite Grey, Moonlight Silver, Mint Green. 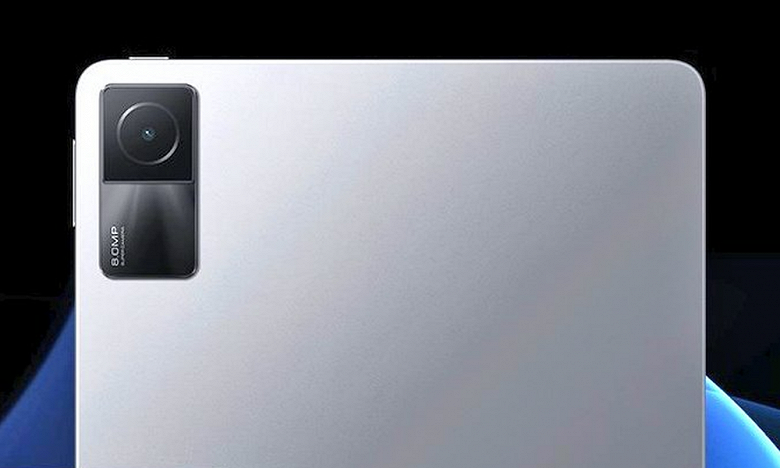 The tablet comes with a 10.6-inch IPS LCD panel that can display over 1 billion colors. There is support for a refresh rate of 90 Hz, while the resolution is 2000 x 1200 pixels. This model also has a peak brightness of 400 cd/m2. The screen is Widevine L1 certified, which ensures that users can access higher resolutions on popular platforms such as Netflix.

Inside, a MediaTek Helio G99 single-chip system is installed, up to 6 GB of LPDDR4X RAM and up to 128 GB of internal flash memory, which can be expanded with 1 TB memory cards.

There is also an 8-megapixel wide-angle selfie camera on the front. In terms of sound, Redmi Pad is equipped with four speakers that support Dolby Atmos. It supports most third party styluses. The tablet is powered by a large 8000mAh battery that supports 18W fast charging. Other features include Bluetooth 5.3 support, dual-band Wi-Fi 5, and Android 12 OS out of the box.