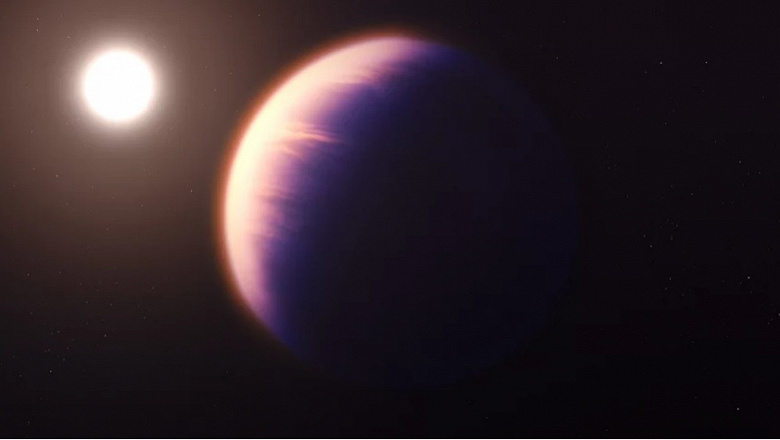 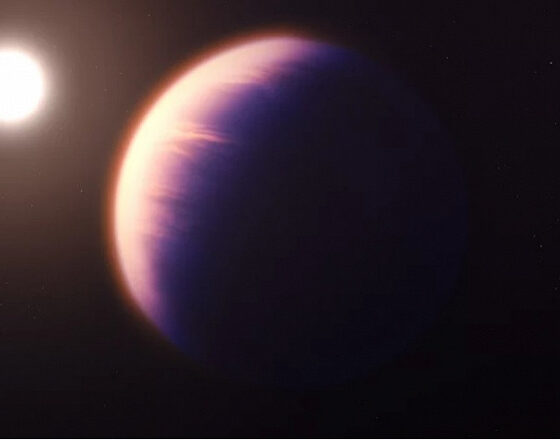 According to the press service of the Max Planck Institute for Astronomy, the James Webb telescope was able to study the exoplanet’s atmosphere in more detail than ever before. According to scientists, this is a new level of observation of exoplanets, which in the future will make it possible to determine the presence of extraterrestrial life on them. The telescope analyzed the atmosphere of the gas giant WASP-39b. It resembles Saturn in the solar system, revolves around a star in the constellation Virgo and is located not far from it – about one eighth of the distance from Mercury to the Sun. This star belongs to the class G, like our Sun, but it is slightly smaller than it. The entire system is located at a distance of about 700 light years from Earth. Back in August of this year, it was reported that carbon dioxide was detected in the atmosphere of WASP-39b, and now there are much more detailed data on the composition of the exoplanet’s atmosphere.

When observing exoplanets, the so-called transit method is used: the light of a star, when a planet passes in front of it, is partially absorbed by its atmosphere, and only after that it is received by instruments of the earth’s observatory. Each chemical element corresponds to a certain emission spectrum, which allows us to determine which elements are contained in the exoplanet’s atmosphere. James Webb detected sulfur dioxide in WASP-39b’s atmosphere, the first time such a compound has been found in the atmosphere of an exoplanet. Scientists note that sulfur dioxide molecules, similar to ozone in the Earth’s atmosphere, are formed when the exoplanet’s upper atmosphere interacts with high-energy photons from the mother star. In addition, the information obtained allows us to draw conclusions about the formation of the planet. Thus, the ratio of carbon to oxygen, potassium to oxygen, and sulfur to hydrogen indicates a history of formation when smaller precursor bodies collided with each other and merged to create the current large planet. Astronomers note that, based on these data, WASP-39b originally formed much further from its star than it is now. The composition of the exoplanet’s cloud cover has also become clear, and this is not water vapor, as on Earth, but sulfides and silicates. At the same time, the clouds are scattered, and not a uniform cover over the entire planet.

New observations from the James Webb telescope have allowed testing of methods that will need to be used to search for life on other planets, scientists say. Although, this is likely to be done by one of James Webb’s successors, they say. Such observations, in the future, will make it possible to determine the composition of the atmosphere of an exoplanet so accurately as to be able to immediately say whether there is life on it or not.