Another unannounced next-generation AMD Ryzen processor has been spotted on the Web. This is a Ryzen 5 7725HS mobile model.

According to the new naming principle for the company’s processors, we are talking about a model on the Zen 2 architecture with a TDP of 35 watts. At the same time, there are questions to this APU. 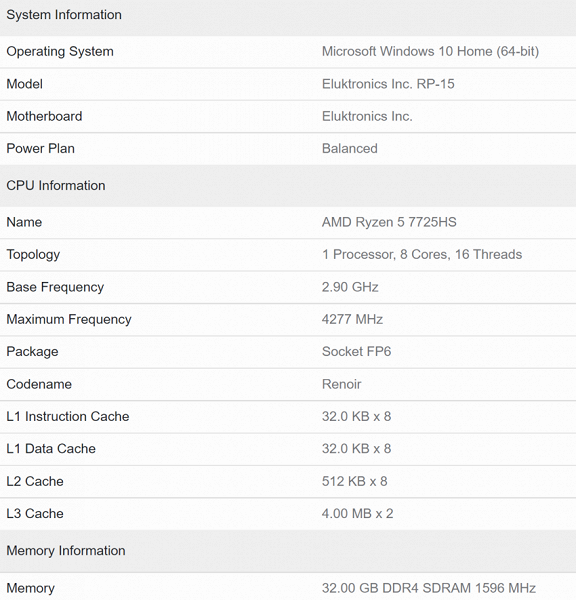 Firstly, the second digit 7 in the number, according to the new AMD processor naming logic, should be inherent in Ryzen 7 models, and here Ryzen 5. Secondly, the Ryzen 7x2x line is the Mendocino line. That is, simple and affordable processors based on the Zen 2 architecture for the GPU and RDNA 2 for the GPU. However, Mendocino processors should only have two or four cores, and here we have eight. In addition, all Mendocino belong to the energy-efficient Ryzen 7000U models, and here we have HS.

Of course, there remains the possibility that the software simply incorrectly determined the name, but still, for now, this APU remains a mystery.

As for the results in Geekbench, they are slightly higher than those of a similarly configured Ryzen 7 4800HS CPU.