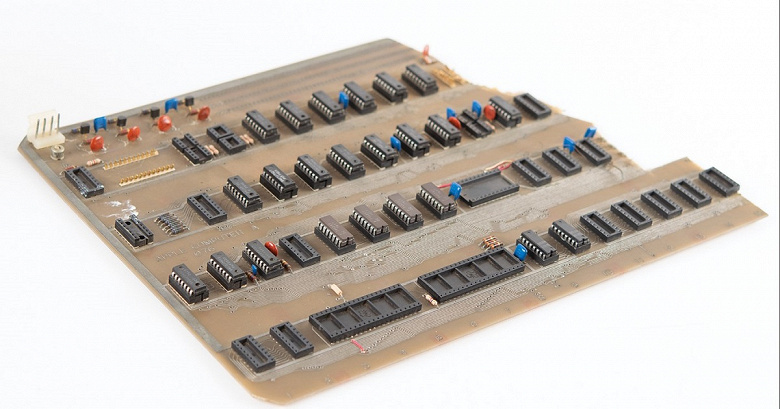 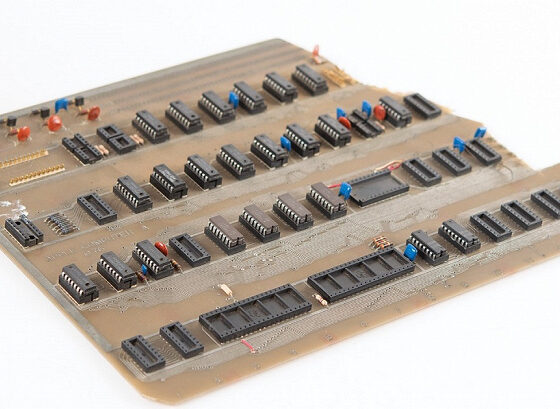 It was from this prototype of the Apple-1 computer that the whole history of Apple began. PCs up for auction

The next Apple-1 computer will be auctioned off and is expected to top $500,000.

This Apple-1 is more valuable than many others because of its history. Firstly, it was personally soldered by Steve Wozniak in 1976, and secondly, at one time the motherboard was used by Steve Jobs to demonstrate it to Byte Shop owner Paul Terrell, who eventually became the first Apple-1 retailer. Previously, this prototype, called Apple Computer A, was considered lost, but in the end, expert Corey Cohen confirmed its authenticity. 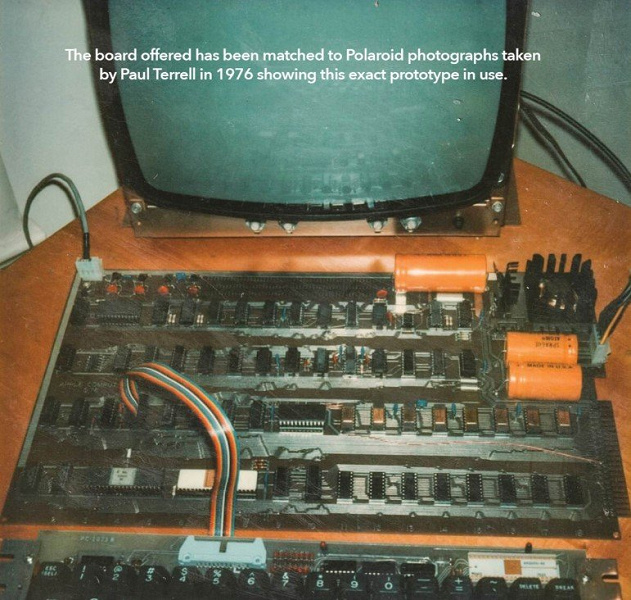 At the same time, this prototype is inoperative and even damaged.

This prototype was owned by Apple Garage for many years before Steve Jobs handed it over to the current owner about 30 years ago. Some chips were removed from their sockets, as were the microprocessor and other components, presumably for use in early Apple-1 computers.

The board appears to have been pressure damaged in the upper right corner, resulting in a crack running from the area adjacent to the PSU above D12 down through the bottom of the board to the right of A15. The missing piece is supposed to have been thrown away, but it can be reimagined thanks to Paul Terrell’s photographs of the entire board. One of the distinguishing features of the Apple Computer A prototype was its use of three orange Sprague Atom capacitors, rather than the familiar Big Blue capacitors used in the production Apple Computer 1.