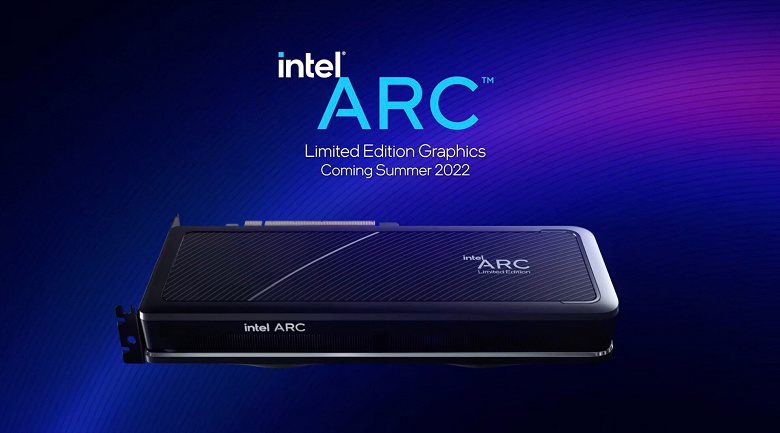 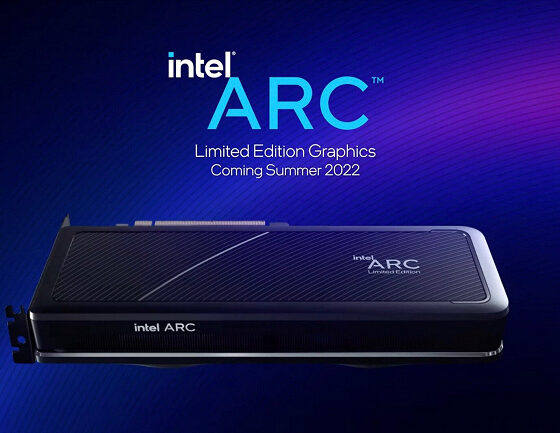 It seems that we will never see new discrete Intel graphics cards. The company is rumored to be considering canceling Arc 3D gaming accelerators

Insider Moore’s Law is Dead, who has his sources in the graphics card industry and previously accurately predicted the parameters of the Radeon RX 6700 XT before its release, shared some very interesting details about the long-suffering 3D Intel Arc cards. According to him, Intel no longer wants to suffer – Arc consumer 3D accelerators can be canceled. Such a step is now being discussed by the company at a high level.

Summer is already coming to an end, and of the new generation discrete Intel video cards, only the Arc A380 is on sale, and even that one is very low-powered and with a bunch of software problems

It is interesting that the Arc Alchemist video cards, which were expected a year ago, did not really come out. There has been a lot of talk about them lately, there were even real tests in games, but there is no talk about the start of sales. Yes, sales of the Arc A380 barely started in China – with a delay of a month and with performance at the level of a four-year-old GeForce GTX 1650. As it became known recently, the most powerful Arc Alchemist 780 did not exist at all, so the maximum that is now expected from Intel, is the Arc A770 with performance on par with the GeForce RTX 3060 Ti.

As for the Arc A380, it is not clear who would dare to buy it, given the many side problems (especially with drivers)? And this is not an idle question at all: it’s easier for a gamer to buy an Nvidia or AMD model, install it on a PC and start playing right away, rather than waiting weeks for Intel to complete either software or drivers. 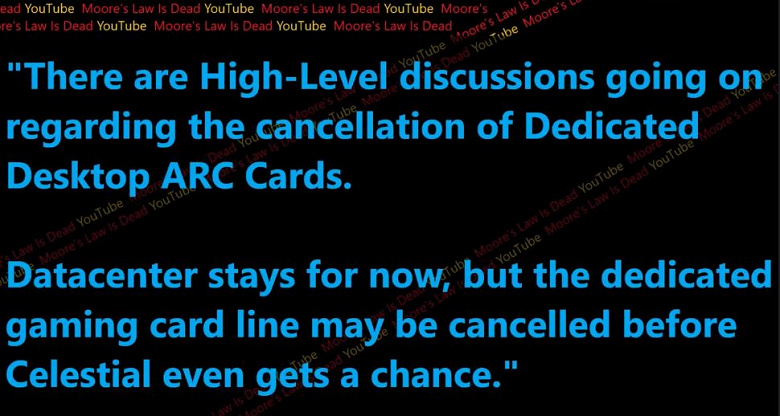 In general, Arc Alchemist did not work out, and it will not be surprising that the company will refuse to release these video cards. The decision has not yet been made, but it is, as they say, on the table. At the same time, the company is not going to stop issuing 3D cards for data processing centers – the margins there are higher and the audience is not as demanding as gamers.

Another thing is interesting: even if the next generation of Intel’s discrete 3D cards (Battlemage) is canceled, the company’s marketers will talk to the last about the charms of Arc video cards – until the final verdict is passed on them.

And one more interesting point: the insider says that in the near future it is still planned to release the Alchemist Refresh line – with an emphasis on mobile GPUs, but there will also be several discrete graphics cards. They seem to be presented at the beginning of 2023. But everyone was waiting for the first Alchemist last year, but in fact they have not been released yet.

From all this, we can conclude that Intel is likely to stop on Arc Alchemist video cards: ready-made or under active development models will be released (and mainly for laptops), but 3D cards planned for the next three generations (Battlemage, Celestial and Druid) we won’t see again. It’s a pity if Intel doesn’t succeed this time either – after all, there were a lot of talks and hopes. But the implementation (at least in the user segment) leaves much to be desired.