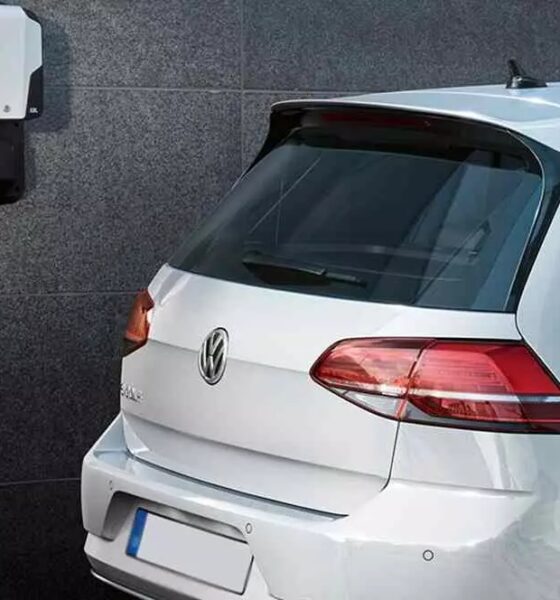 Is the Wallbox installed at home covered by car insurance?

The Wallboxes are seen as the great supporters to have a recharging point for our car at home, and the best thing is that we can also do so because the car insurance covers it for us. These arrive to solve what is today one of the biggest problems faced by electric cars, such as the autonomy of their batteries and the lack of a network of points of cargo that gives security and freedom when traveling with a vehicle of these characteristics. But what do we need to include it in our insurance?

The installation of a Wallbox at home, a great solution

When considering the idea of ​​acquiring a new electric car, beyond everything that encompasses this series of vehicles, the following questions may arise: Where can it be charged? Can I install a charging point in my home? What plug does an electric vehicle need? But also something that is very important, and that we can now address. It has to do, fundamentally, with these recharging points in our home.

Is it possible to include the Wallbox that we have installed at home to recharge our car in the insurance that we have contracted? This is probably one of the uncertainties that are giving more to talk about, especially now with all the solutions that we can have in terms of purchase aid for vehicles and charging points that the government provides us.

In the case of a single-family home, recharging could be done at no cost, by connecting to a 16A socket with an occasional recharging cable. The price of the charging point for an electric car varies, depending on the complexity of the system. However, the truth is that the installation of a Wallbox at home does because we can enjoy the maximum autonomy of the electric vehicle, since you can charge it safely through specific chargers, with the convenience of always have it at hand to plug it in. Unlike the Schuko type connectors (Mode 1 and 2 recharging), commonly used to plug in electrical appliances, computers, lamps … these charging systems are a lot safer and faster. And they can be used in both single-phase and three-phase electrical installations. As for the types of connectors used in the Wallbox, there are different models.

The same as such, refers to the point of physical recharge installed on the wall that provides electrical current to the electric vehicle to allow its charging. As its term says in English, it is nothing more than a wall box known colloquially as a domestic charging point or wall charger.

This will be the one that will allow charging both a motorcycle and a car through alternating current in Mode 3. Thus, and thanks to the charging electronics that it incorporates inside, communicates with the electric vehicle to recharge your batteries. The system can be used in both single-phase and three-phase electrical installations.

Its installation price can be around 1,000 euros, hence the opportunity to include this Wallbox to recharge the car at home with the insurance contracted. Can be done? Yes, but with nuances. What to keep in mind

To install a Wallbox you must take into account, as a basic foundation, the type of home: obviously if it is a single family there is no problem. However, if you live in an apartment building with a community garage or have rented a space in a parking lot in another building, you will have to ask the neighborhood community for permission to install it. Beyond this procedure, there is no added difficulty nor is it necessary to request any other type of authorization.

That is why, when directing it to our company, it can specify it directly towards home insurance, since generally this charging point is made to look more like an element that is anchored to the electrical system of our house. In any case, there is no unanimity among insurers.

Thus, some specify that if the wallbox of the car is fixed in the garage, it should be the home insurance that will take care of it, as with any household appliance, as long as you have the garage space included in it. To do this, it would request reports such as the electrical installation of the home or the charging point itself. At the same time, we can find that our insurance company car include it in policy Depending, yes, on the coverage offered by our insurance company.