iPhone 15 and iPhone 15 Plus will get a 48-megapixel camera and Dynamic Island, and only the iPhone 15 Ultra will have a periscope camera

Insider and concept artist Konstantin Milenin, who has accurately predicted the design of the new iPads in the past, posted an image that shows another major innovation of the iPhone 15 and iPhone 15 Plus. Smartphones should get a 48-megapixel main camera to be more different from their predecessors. 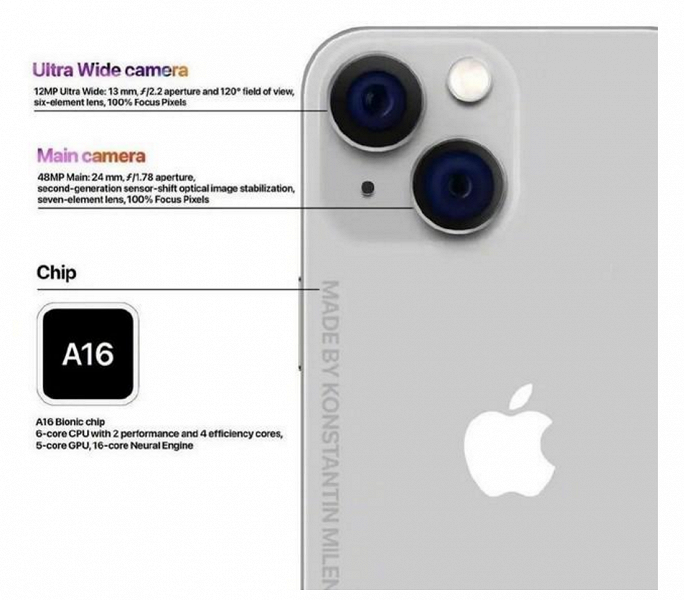 While the iPhone 14 Plus doesn’t live up to Apple’s official expectations, rumors indicate we’ll see a model called the iPhone 15 Plus next year. In the past, Apple released two generations of the mini line before abandoning it.

Apple Hub confirms that the iPhone 15 and 15 Plus will feature 60Hz screens, while the Pro and Ultra will get 120Hz screens, just like the current generation. However, unlike the 14 Series, all 15 Series iPhones will feature a Dynamic Island notch. 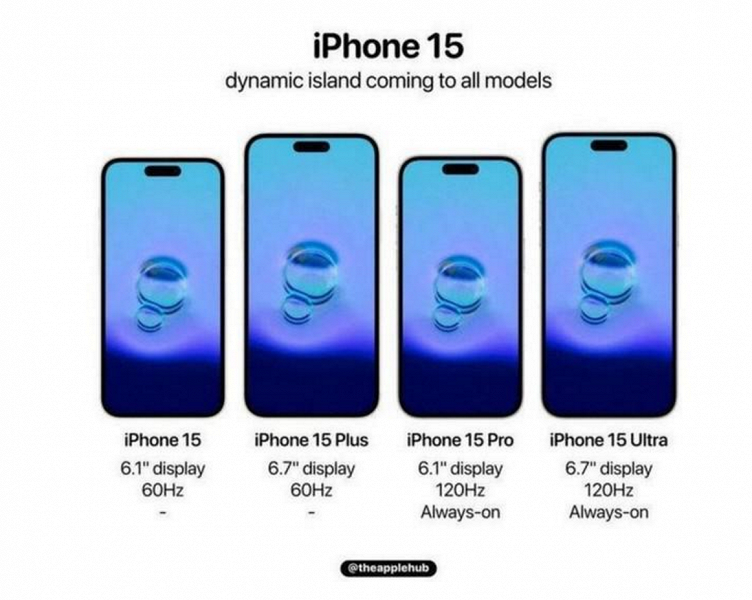 The iPhone 15 Ultra is expected to differ from the iPhone 15 Pro in that it has a periscope camera. The younger version will receive 256 GB of flash memory, and its price will start at almost $1,400 in China.

Analyst Ming-Chi Kuo previously said that Apple may be planning to replace the pushable volume and power buttons on the iPhone 15 Pro and iPhone 15 Pro Max smartphones.