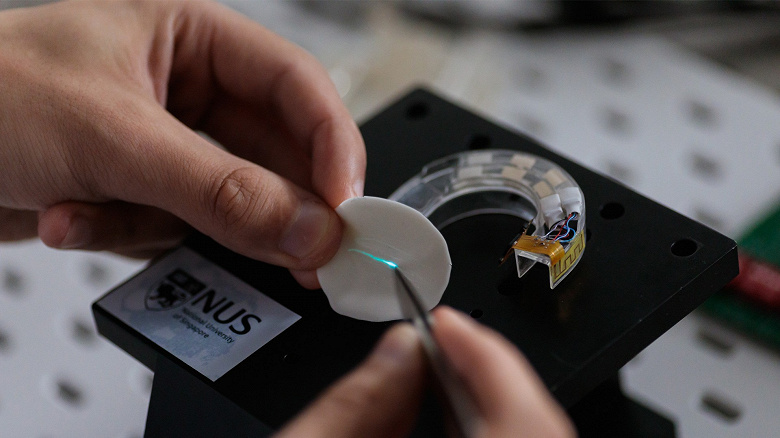 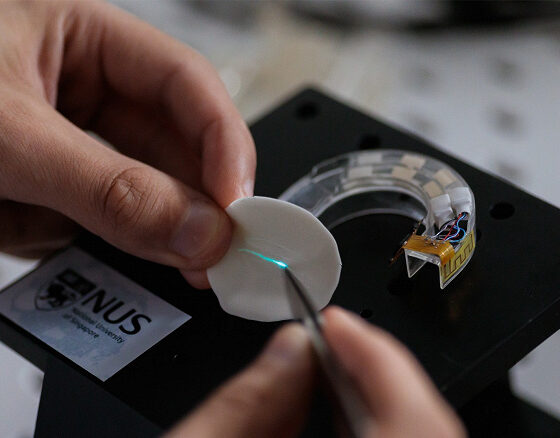 Scientists from Singapore have presented the world’s first interactive mouth guard that allows you to control electronic devices.

This affordable, lightweight, compact and easy-to-use invention allows bite force to be determined. The device allows users to precisely control devices such as computers, smartphones and wheelchairs.

This first-of-its-kind optoelectronic bite control system was invented by a research team led by Professor Liu Xiaogang from the Department of Chemistry at the National University of Singapore (NUS) in conjunction with staff from Tsinghua University.

In recent years, various assistive technologies such as voice recognition, eye tracking, and brain-computer interfaces have been developed to help people, especially those with limited dexterity or neurological disorders, control electronic devices. However, these technologies have limitations related to environmental noise, control accuracy, cost, and maintenance.

When creating the device, the engineers were guided by the fact that controlling gadgets with voice, movements, or even the power of thought does not have sufficient protection and does not provide complete user privacy due to the ability to read commands. Then the researchers came up with special caps with pressure sensors that recognize the force of the bite.

The user clenches his jaw or knocks a certain number of times tooth to tooth, after which the system understands what command the gadget should give it. You can assign a script to each bite or knock force. The accuracy of determining the input data is currently 98%.

Each Smart Mouth currently costs about $70 to produce. The team expects the cost to be substantially reduced with mass production.