The flagship mobile processor of the new generation lit up in Geekbench.

The Core i9-13900HK model has 14 cores, of which only six will be large. The software indicates frequencies of 2.6-5.2 GHz, but earlier there was evidence that the maximum frequency of the novelty will be 5.4 GHz, which will be 400 MHz more than the Core i9-12900HK. At the same time, judging by the amount of cache memory, we are actually talking about the same processor, that is, the Core i9-13900HK will not receive an updated architecture with large Raptor Cove cores. And even if the top-end CPU is like that, then even the younger ones are even more so. 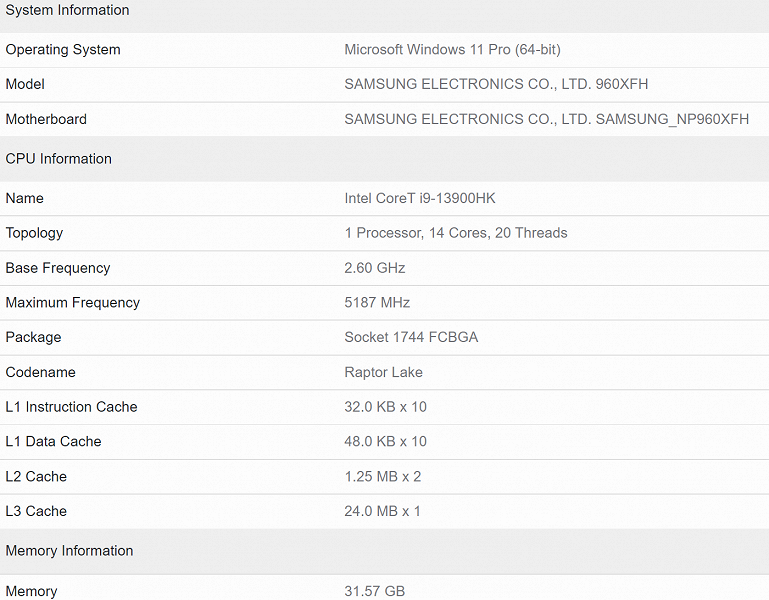 Simply put, the entire new line of mobile 13th Gen Core CPUs will be a rebranded and somewhat accelerated 12th Gen Core line. True, the Core i9-13950HX model with 24 cores may still come out, but it is not a fact that it will receive a new microarchitecture.

Judging by Geekbench, the Core i9-13900HK is almost the same as its predecessor in terms of results.