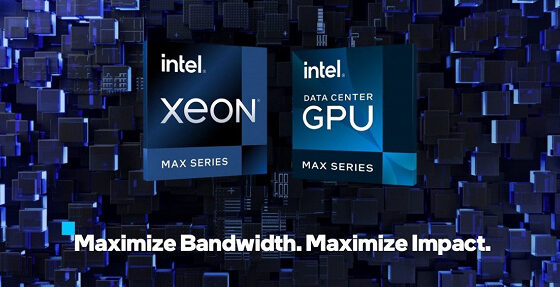 Intel introduced processors with 64 GB of HBM2e memory and a 47-die GPU. These are products of the new Intel Max Series family.

Intel introduced today a new product family for itself – the Intel Max Series.

The family includes two lines of solutions for high performance computing and artificial intelligence. The former are called the Intel Xeon CPU Max Series, and the latter are the Intel Data Center GPU Max Series. Despite the fact that the names are completely new and we have not met before, in fact, we are talking about products that we have talked about more than once. These are Sapphire Rapids HBM processors and Ponte Vecchio accelerators. New products, by the way, will form the basis of the Aurora supercomputer. 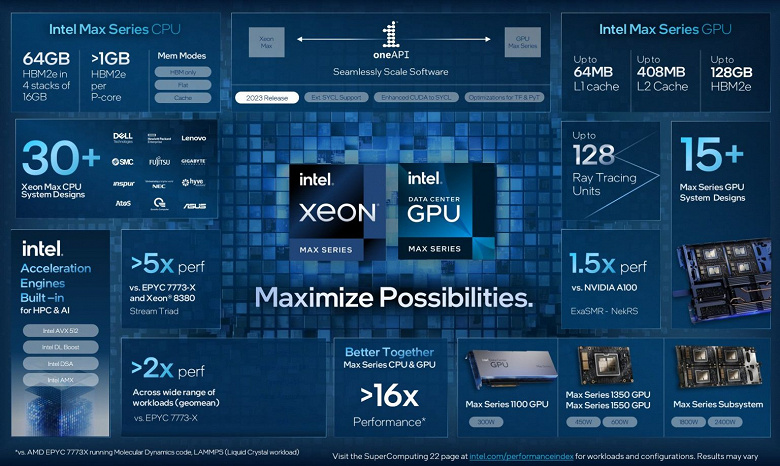 There are not so many details about the products yet, and Intel does not name specific CPU models at all. But he says that the Xeon CPU Max Series are the first x86-compatible processors with HBM2e memory, and the Data Center GPU Max Series is Intel’s highest transistor density product, including more than 100 billion transistors in a package of 47 tiles and up to 128GB HBM2e memory. 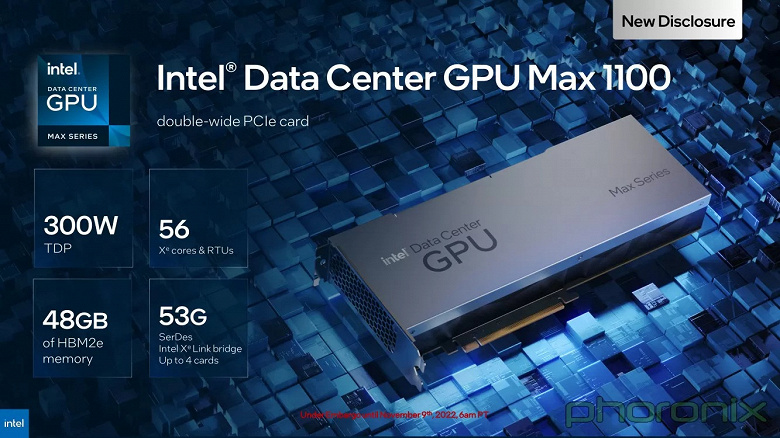 Let’s start with the CPU. As all early data indicated, Sapphire Rapids contain up to 56 cores. At the same time, Intel says that we are talking about four blocks connected using EMIB technology. The processors contain up to 64 GB of HBM2e memory and support PCI Express 5.0 and CXL1.1. Intel also says that the new processors are 68% more power efficient than Milan-X generation Epyc CPUs at the same performance, and performance is 2.4 times higher in climate simulation test workloads. True, the Xeon CPU Max Series will compete not with the Milan line, but with Genoa, which will be presented tomorrow. 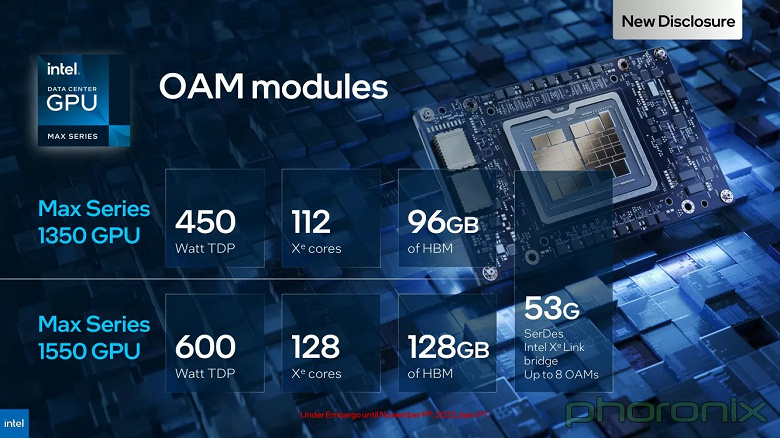 Learn more about Data Center GPU Max Series accelerators. They contain up to 128 Xe-HPC cores, that is, apparently, up to 16,384 FP32 compute units. The GPU in its full configuration has 408MB L2 cache, the highest in the industry, and 64MB L1 cache. Intel also calls its new product the only HPC / AI class GPU with ray tracing acceleration units. Compared to the Nvidia A100, Intel’s new product provides 2.4 times the performance in some calculations related to finance, as well as 1.5 times the NekRS virtual reactor simulation task.

Max Series GPUs will be available in several form factors:

Intel says that new items will be released in January.