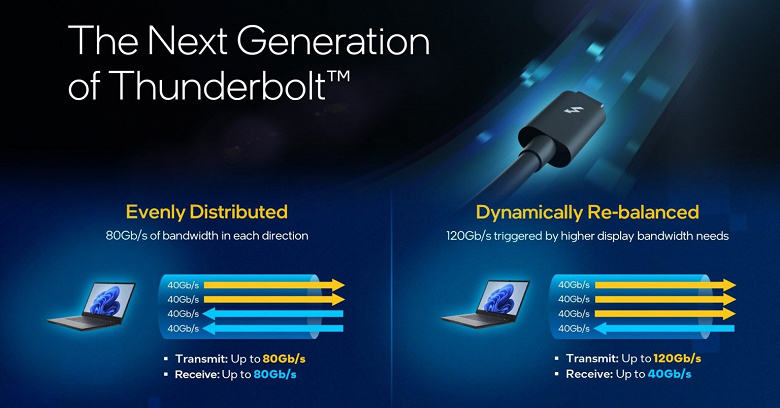 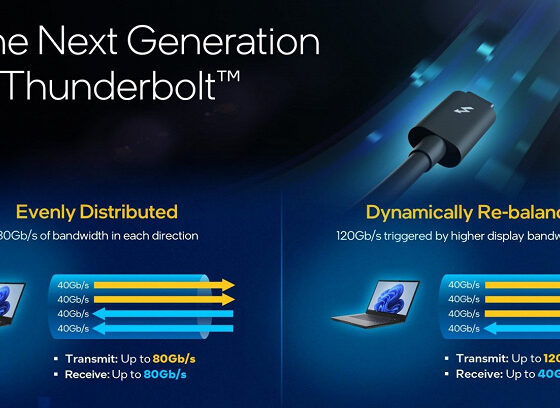 Intel introduced a new generation of Thunderbolt, but in many ways it’s just USB4 v2.0

If earlier the Thunderbolt interface was significantly ahead of any of the USB versions, now it seems that everything will be a little different. 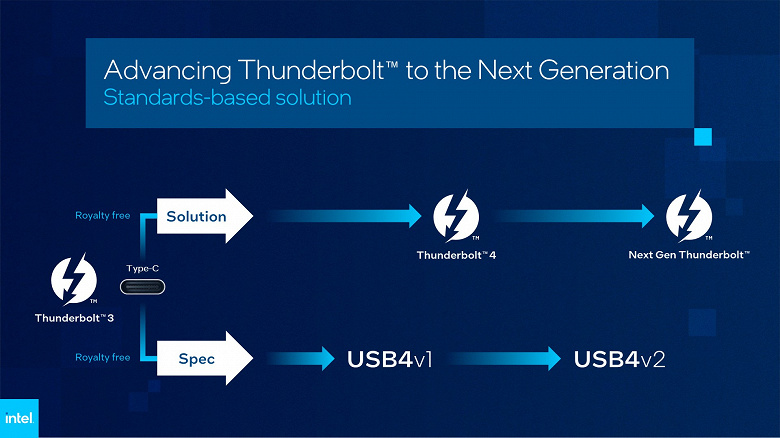 More precisely, we are talking about the same 80 Gb / s in both directions and the ability to transfer data at speeds up to 120 Gb / s in one direction, but in this case, the transfer in the other will be limited to 40 Gb / s.

Intel has always been a pioneer and leader in wired communications solutions, and Thunderbolt is now the go-to port on mobile PCs and has been integrated into three generations of Intel mobile processors. We’re thrilled to lead the industry with the next generation of Thunderbolt based on the USB4 v2 specification, which Intel and other members of the USB promoter group have upgraded to the next generation.

Intel also talks about DisplayPort 2.1 support, but USB4 v2 also has it. From the rest, we can highlight the PCIe bandwidth that has doubled compared to TB4, work with existing passive cables up to 1 m long, compatibility with previous versions of USB, Thunderbolt and DisplayPort. 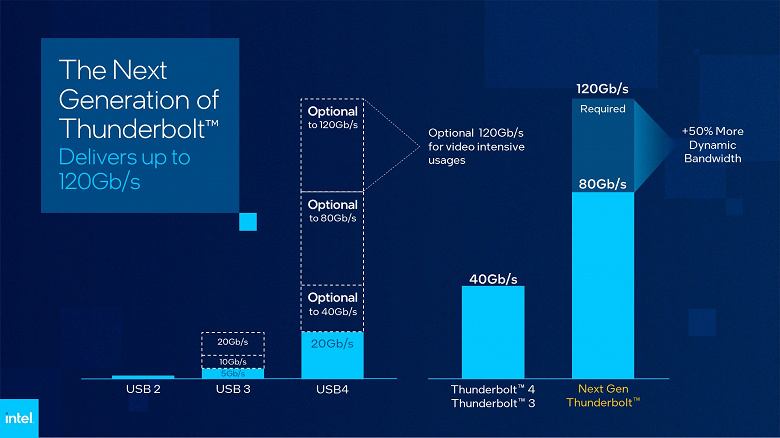 It’s not yet clear when the new version will launch, but Intel says it won’t reveal more details until next year.