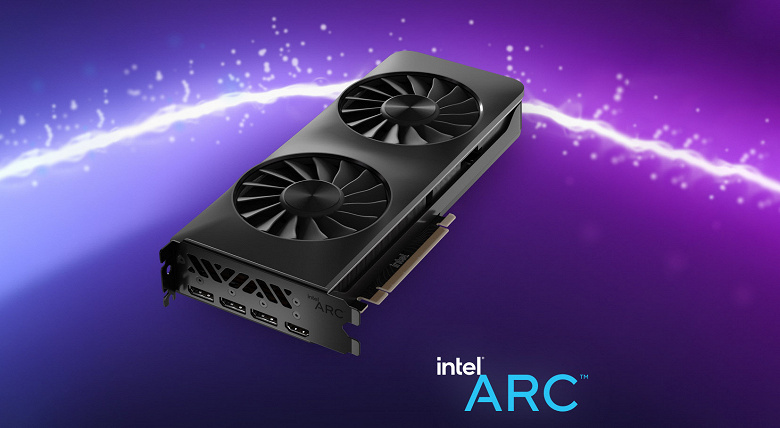 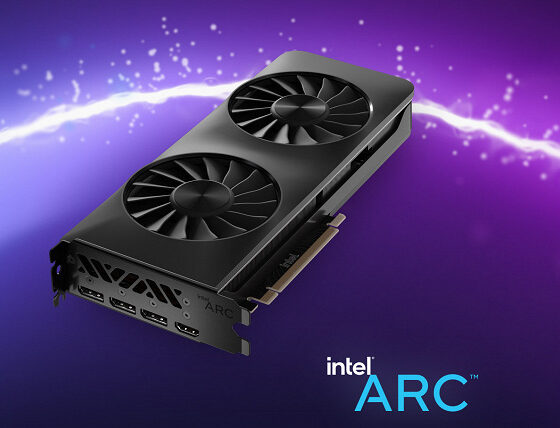 Intel has acknowledged the problem with its Arc graphics cards. The company introduced the Arc A750, promised higher performance than the GeForce RTX 3060, but not everywhere

Intel introduced the Arc A750 desktop graphics card, sharing at the same time its capabilities, and not in benchmarks, but in games. 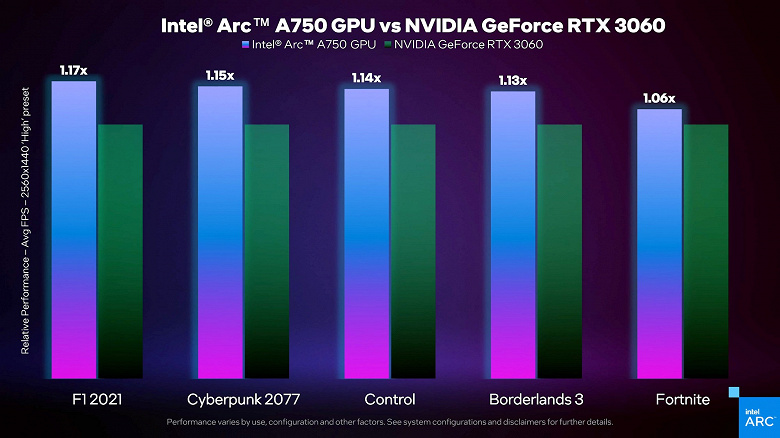 Thus, the Arc A770 should already compete with the GeForce RTX 3060 Ti or even the RTX 3070. Recall that this was the very first rumors and leaks that appeared about a year ago.

A very curious moment in this story is how exactly Intel spoke about its new product. Recall that those cards that have already been released, firstly, show themselves much better in benchmarks than in games, and secondly, they often suffer from problems with drivers or poor optimization. And Intel acknowledges this, saying it doesn’t promise the same performance as in the chart in all games.

The performance results shown here are for a small subset of games that perform very well with Intel Arc and the Alchemist architecture. I’m not claiming that ALL GAMES will show these results, but this is a representation of what Intel Arc A cards are capable of with the right software and technical capabilities.

That is, in some games, the Arc A750 may not outperform or even lag behind the RTX 3060, and Intel is no longer trying to somehow hide or keep silent about it, as was the case when comparing the Arc A350M and the Radeon RX 6400.

The company also promised to share new details soon, including the price and release date. In any case, it is already clear that the first line of Intel cards will fully enter the market at about the same time as the new Radeon RX 7000 and GeForce RTX 40 lines, and it is not yet clear how Intel is going to solve this problem.