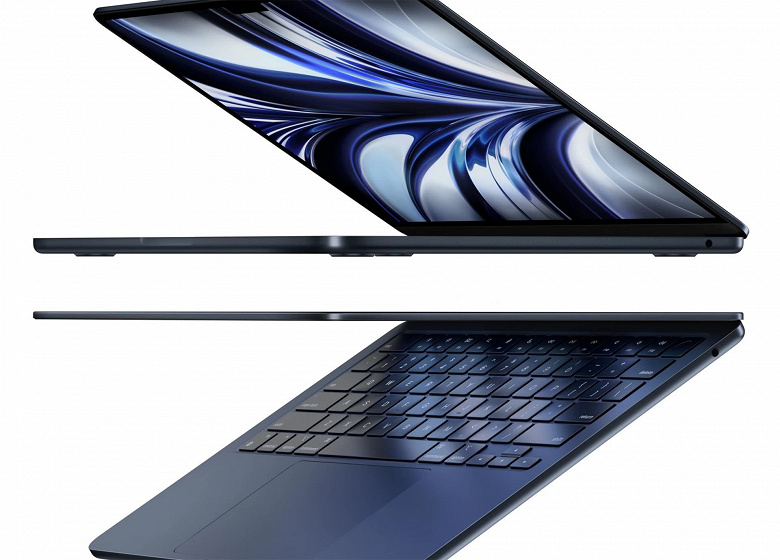 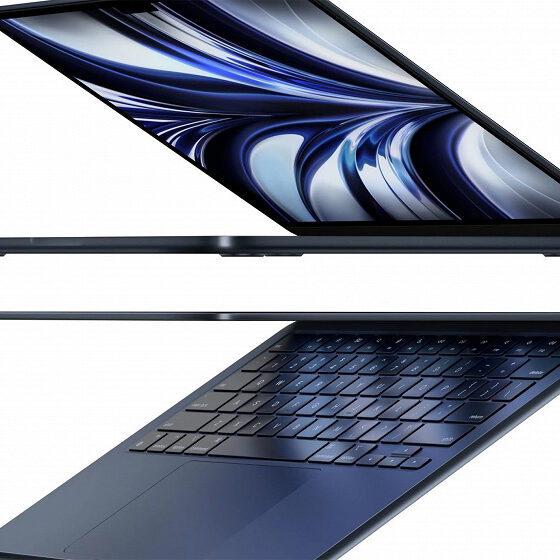 Analyst and insider Ming-Chi Kuo has revealed new details about the upcoming 15-inch MacBook Air due in 2023. This laptop has been mentioned before by other insiders. The specialist believes that Apple may begin mass production of a 15-inch laptop in the second quarter of 2023, the presentation seems to take place around the same time. And the appearance on the market should be expected by the middle of the year.

Note that the insider’s tweet does not include the word “Air” after the product name “MacBook”. The source believes that the new laptop may simply be called the MacBook, although the official name may change. 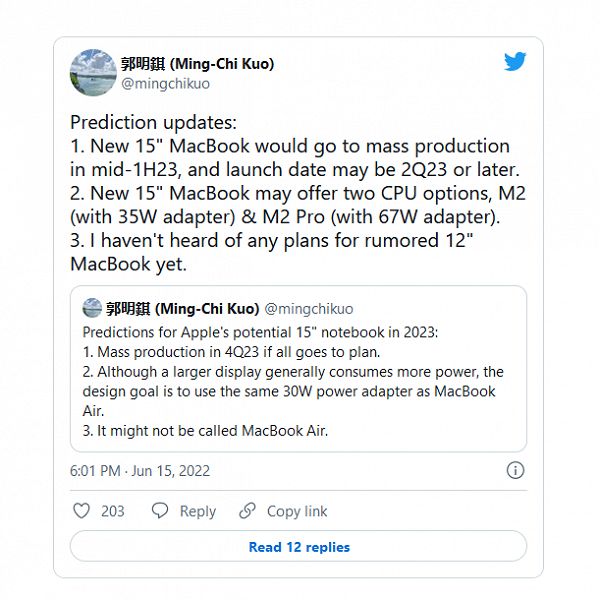 Kuo also mentions that he hasn’t heard of any plans to mass-produce a 12-inch MacBook, as previously mentioned by Bloomberg’s Mark Gurman.

Overall, Apple was considering releasing a 15-inch MacBook Air as early as 2021. But 12-inch laptops were no longer produced there in 2019, this model turned out to be too weak. True, then it was built on an Intel processor, which required good cooling.

Previously, Kuo said that Apple will not show a mixed reality headset at WWDC 2022 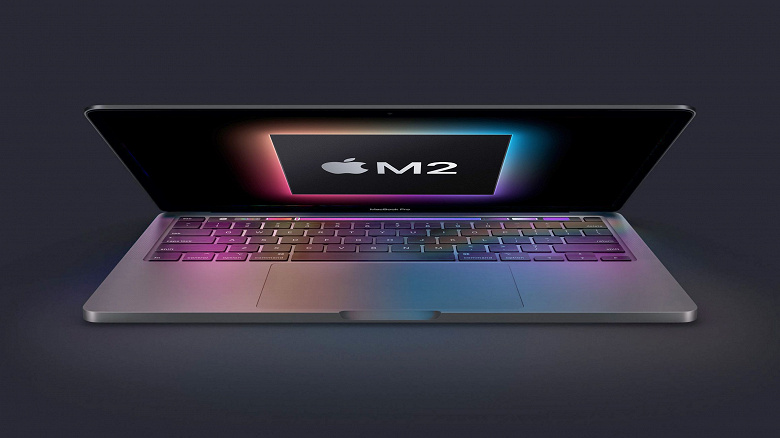