In two years, Intel will have processors with over 128 cores. This will be Xeon Sierra Forest

Intel, it seems, will be able to finally catch up or even surpass AMD in the number of cores in processors in the server segment in the near future. Even though the latter

Intel will release a generation of Xeon processors called Sierra Forest in the future, according to the source. They will receive the LGA 7529 version, that is, the number of contacts will increase significantly.

And one of the reasons will be the increased number of cores. More precisely, these CPUs are credited with more than 128 cores in top models! True, these cores will be energy efficient. According to the source, these will be improved small cores of Alder Lake processors, but it is unclear whether this is exactly the same Gracemont architecture with some changes, or in general the same level of cores, but on a new architecture. In any case, all 128 or more cores will be relatively small.

Based on the available data, AMD will have a similar approach. The 96-core Genoa processors are coming first, followed by the 128-core Bergamo processors, and both lines will rely on Zen 4C cores – specially adapted for cloud computing and simplified by the relatively large Zen 4 cores.

At the same time, both AMD Bergamo and Intel Sierra Forest are expected in 2023. It is in this year that Intel may be able to bypass AMD in the number of cores in server processors.

This is what Intel traded the Pentiums for. One of the first tests of the CPU Processor N100 appeared 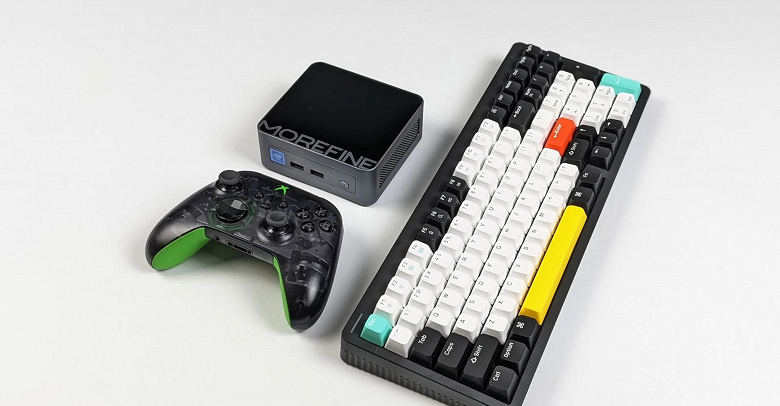 Intel Processor processors are just starting to hit the market in PCs and laptops, and today we can see one of the first tests of the CPU Processor N100 at the heart of the Morefine M9 mini PC.

Recall that the N100 has four small cores with a frequency of 3.6 GHz and a TDP of 6 watts. In this mini-PC, the processor is cooled by active CO.

The authors of the ETA Prime channel, unfortunately, did not conduct any large tests and did not compare the new product with other CPUs. So for now we can note a little. 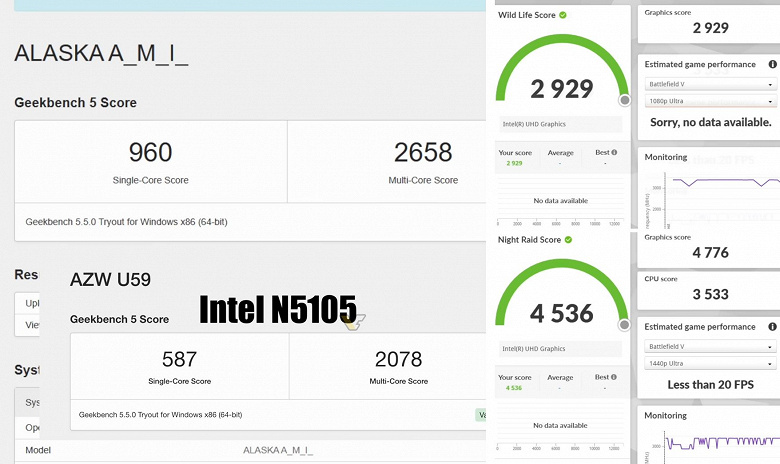 For example, in Geekbench, the processor scores 960 and 2658 points in single-threaded and multi-threaded modes, respectively. Pentium N5105, for comparison, scores 587 and 2078 points, that is, the difference is quite significant.

In 3DMark Wild Life, the novelty scores 2929 points, in Night Raid the result is 4776 points. The authors even tested the mini-PC in games. For example, in Skyrim at minimum settings and 720p resolution, you can get up to 60 fps, and Half-Life 2 in Full HD shows twice as much at maximum settings. Even GTA V at 720p at the lowest settings is quite playable at around 30 fps.

The Processor N100 even allows you to run PSP GameCube and PlayStation 2 emulators.

Of course, such a CPU is not focused on some very resource-intensive applications, but it will still be interesting to look at a comparison of such a novelty and, for example, the old Intel Core i3.