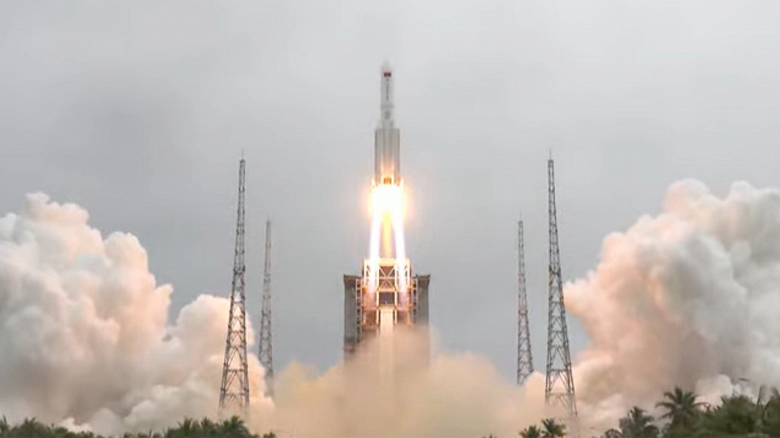 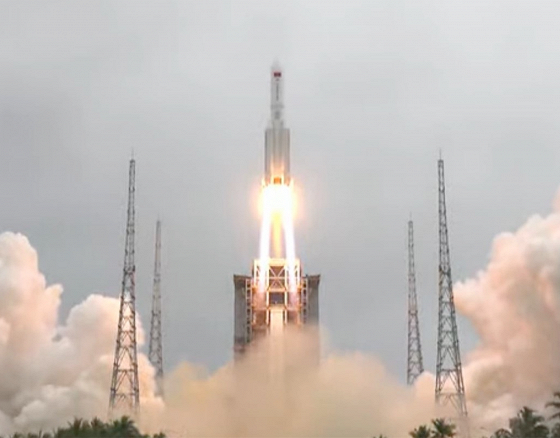 Huge fragments of a Chinese rocket that crashed to Earth over the weekend have been found in various locations in Southeast Asia.

The 25-ton main stage of the Long March 5V rocket crashed uncontrollably to Earth on Saturday (July 30), re-entering the atmosphere over the Indian Ocean. Most of the launch vehicle burned out during the fall, but a significant part of it – from 20% to 40%, according to experts, did not burn out.

Residents of various Indonesian and Malaysian villages discover parts of a booster rocket. The size of some is simply huge (up to 5 x 2 m). Fortunately, according to reports, no one was hurt. This was announced by astrophysicist and satellite tracking specialist Jonathan McDowell from the Harvard-Smithsonian Center for Astrophysics.

On July 24, the Long March-5V rocket was launched, which sent a new module to the Chinese space station Tiangong, which is under construction. The main stage of the rocket went into orbit along with the module, and then fell to Earth.

The uncontrolled and unpredictable fall from orbit is unique among large rockets. Other large main stages land safely in the ocean or on uninhabited land shortly after launch or, in the case of SpaceX rockets, are returned for future reuse.

Many in the space community have criticized China for such a strategy. “There had to be some propellant left on board for this to be a controlled re-entry. It would be a responsible act,” said Darren McKnight, senior technical officer at California-based tracking company LeoLabs.