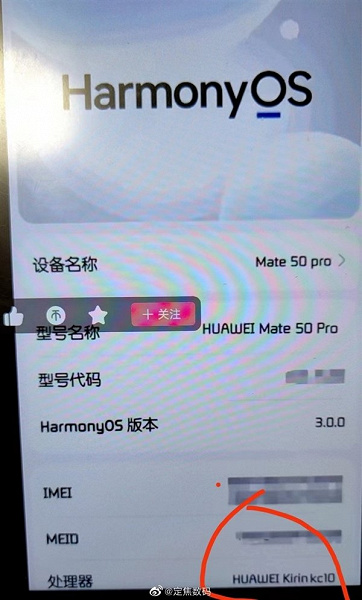 Huawei is too early to write off. The company has its own Kirin KC10 single-chip system with performance similar to Snapdragon 8 Gen 2

Despite the fact that Huawei no longer mass-produces its own single-chip systems, this does not mean at all that the company does not develop them. And judging by the latest data, Huawei’s SoCs are better than Samsung’s, judging by performance.

The Chinese resource MyDrivers published a photo of Huawei Mate 50 Pro on some new SoC Huawei Kirin KC10, and an insider known as Rodent950 told a little about it.

According to the source, Kirin KC10 (aka Kirin 9010) has a high performance – about 1.3 million points in the AnTuTu benchmark. He also hinted that the company is working on a more powerful KC20 SoC. However, since Huawei cannot rely on external partners to produce its SoCs, it will have to wait for Huawei’s own lithographer for the new Kirins to see the light of day.

If this is true, then Huawei has made significant progress in the development of SoC, because so far only two platforms in the world are able to demonstrate such a high score in AnTuTu – the Snapdragon 8 Gen 2 and Dimensity 9200.

Rodent950 specializes in Huawei and Honor smartphone leaks. At one time, he published exact details about the Huawei P50 and Mate 40 smartphones before their premiere.