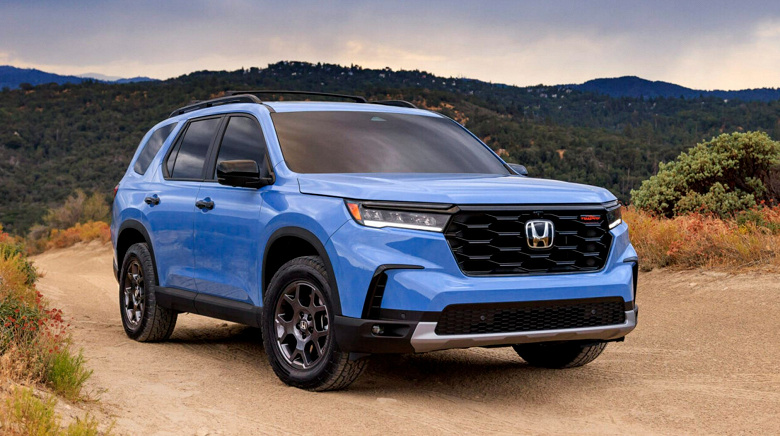 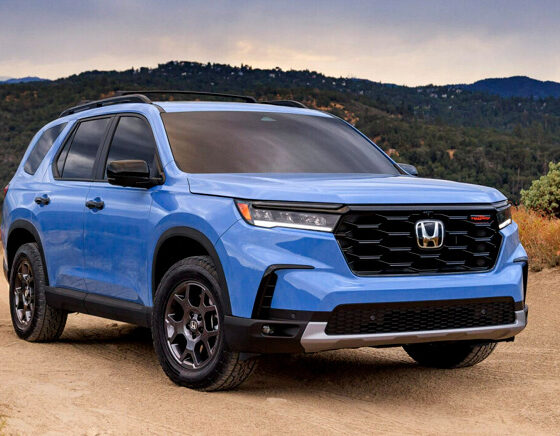 Honda has unveiled the fourth generation of its Pilot crossover. The novelty, according to the Japanese brand, is the largest and most powerful crossover in the history of Honda.

The fourth-generation Honda Pilot, positioned as a family SUV, has received a new look and has become more technologically advanced than its predecessor. In addition, it turned out to be wider and longer than the previous generation model. The length of the new crossover is 5080 mm, width – 1981 mm, and height – 1829 mm. 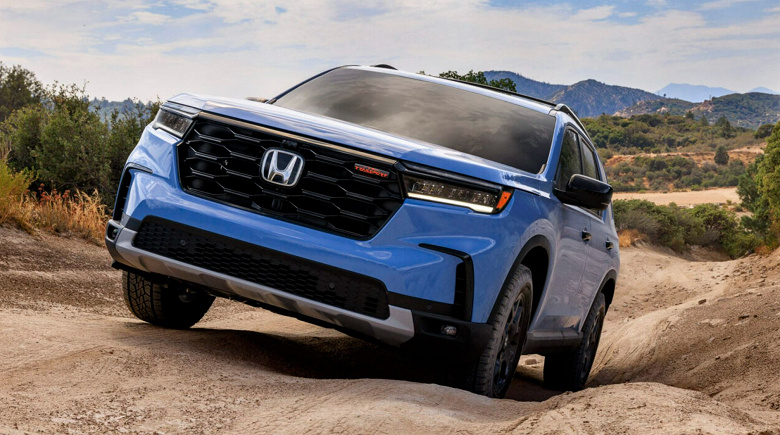 In the exterior of the new iteration of the Honda Pilot, there is a resemblance to the Honda Ridgeline pickup truck with the same massive grille, giving the front of the car the most brutal appearance. 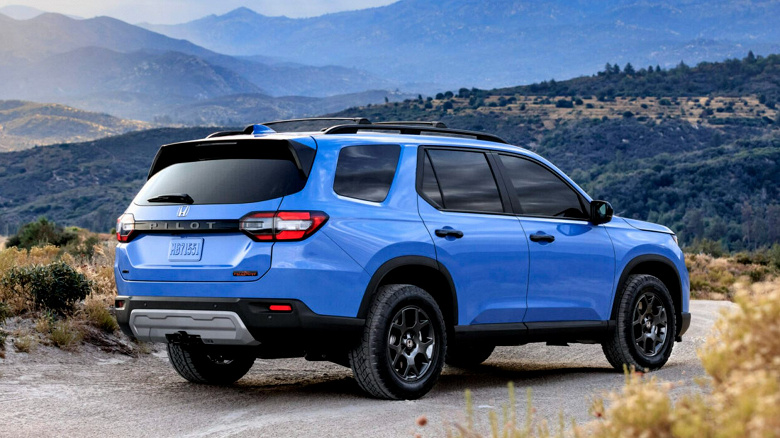 Changes have also taken place in the interior. The cabin, designed for 8 people, has new seats, and the distance between the rows has been increased, which adds comfort, especially for tall passengers. At the base, the crossover has a 7-inch instrument panel with an analog speedometer and digital tachometers, as well as a central display of the same size. 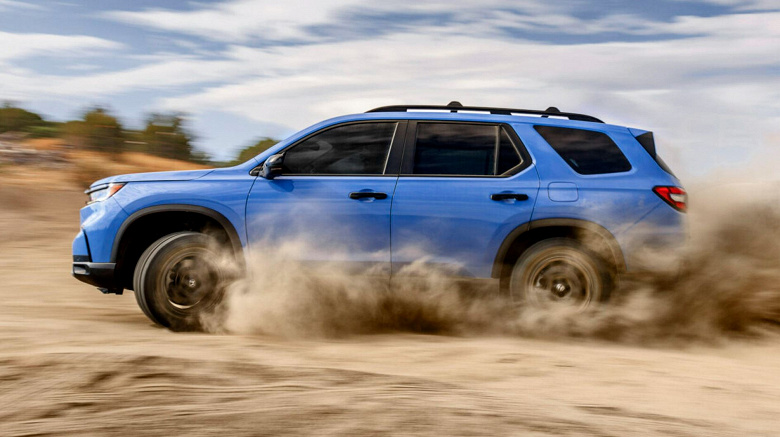 In more expensive trim levels, the car is equipped with a 10.2-inch fully virtual dashboard and a 9-inch multimedia system screen. Depending on the equipment chosen, the vehicle’s equipment also includes up to six USB Type-C ports, wireless charging, a 12-speaker Bose stereo system, a panoramic roof, leather-trimmed seats and a heated steering wheel. At the same time, heating of all seats is provided even for the initial configuration. 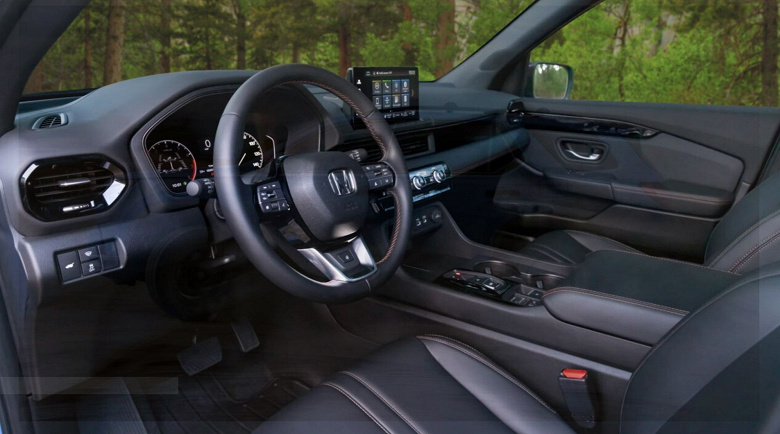 Under the hood of the new Honda Pilot is a 3.5-liter V6 engine with 289 hp, which is accompanied by a 10-speed automatic transmission. The drive is on all four wheels.

In addition to the regular version, the fourth-generation Honda Pilot will have an off-road version called TrailSport. The special version is distinguished by increased ground clearance, suspension adapted for off-road driving, underbody protection and off-road tires Continental TerrainContact AT.