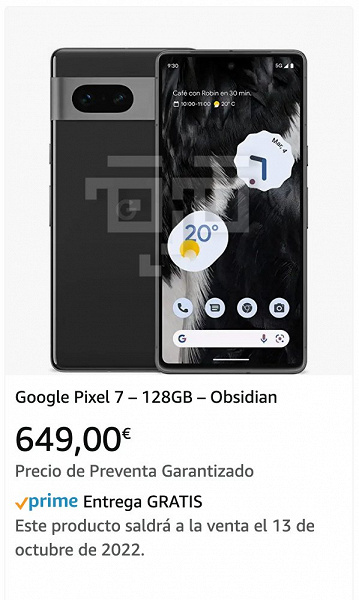 Google Pixel 7 will be 350 euros cheaper than the iPhone 14. Google will not raise prices for new smartphones in Europe

Due to the depreciation of the euro, new products in the European market are much more expensive than in the US. But this may not affect the new Google Pixel smartphones.

The start of sales of the new Pixel in Europe is allegedly scheduled for October 13th. Recall that technically, smartphones will change little compared to their predecessors, retaining the same set of cameras, approximately the same dimensions, and the new SoC Tensor G2, at least in terms of the processor part, will be almost a copy of the current Tensor.