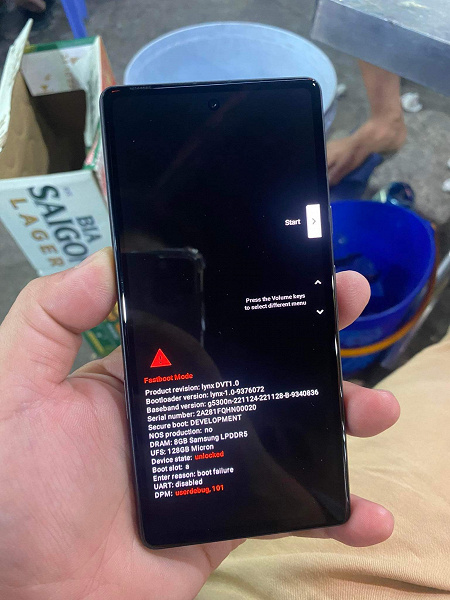 ‘Google Lab Runaway’ Pixel 7a Remotely Locked, Revealing Some of Its Specs

The Pixel 7a, which somehow ended up in the hands of the average person, was blocked shortly after the photos were posted. Google has done this more than once, so it’s to be expected.

However, blocking the apparatus led to a curious result. A message appeared on the screen, where, among other things, the amount of memory was indicated. So now we know that at least the test sample is equipped with 8 GB of LPDDR5 memory from Samsung and 128 GB of flash memory from Micron.

Thus, the novelty will receive 2 GB more RAM than its predecessor, and as much as the Pixel 6 and Pixel 7 have. And this is also more than the iPhone 14 Pro Max, although the comparison is less correct here due to different OS.

Recall that the smartphone is also credited with a 90-Hz screen, SoC Tensor G2 and a new 64-megapixel camera.