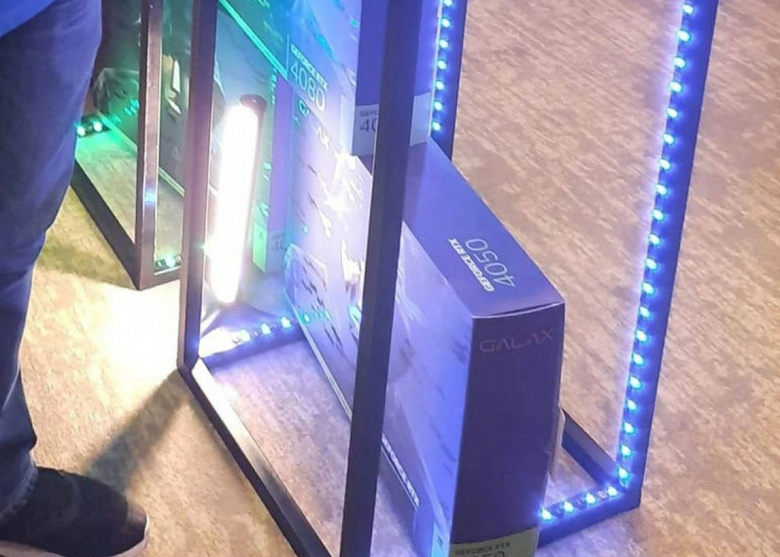 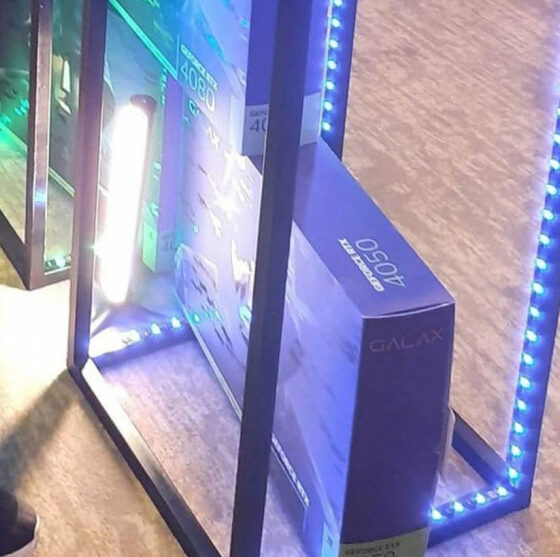 GeFroce RTX 4050 to follow GeForce RTX 4080? Boxes with a younger video card were lit up at the official Galax event

The other day, an official Galax event was held in the Philippines, during which the latest Nvidia GeForce RTX 40 video cards were demonstrated. Interestingly, next to the GeForce RTX 4090 and RTX 4080, there was also a place for the RTX 4050.

Almost nothing was said about the existence of this model: according to the Nvidia strategy polished over the years, this model could be expected around the middle of next year – after the release of the RTX 4070 and RTX 4060. But for some reason, it was the GeForce RTX 4050 that lit up now. 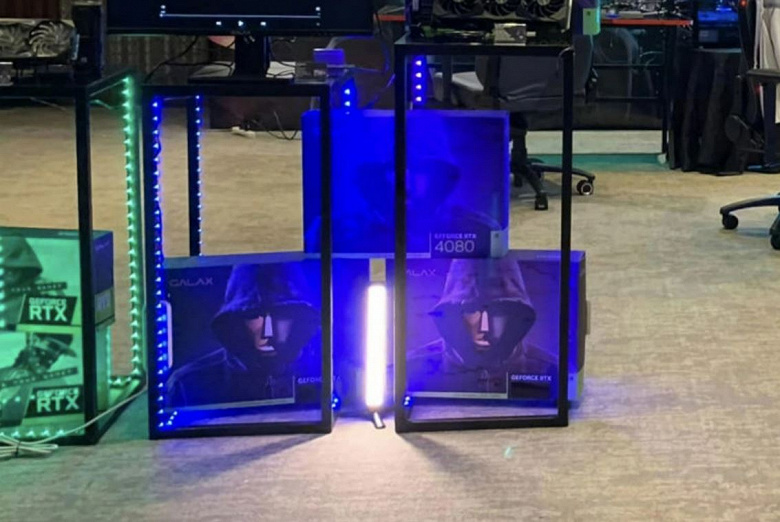 It lit up in the box, so it’s not clear what the 3D map itself looks like. The box, by the way, is surprised by its dimensions – it is exactly as large as that of the GeForce RTX 4080.