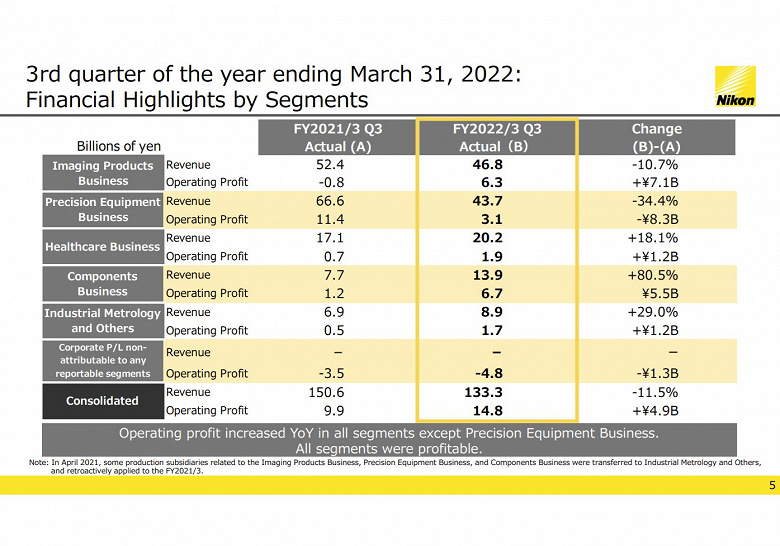 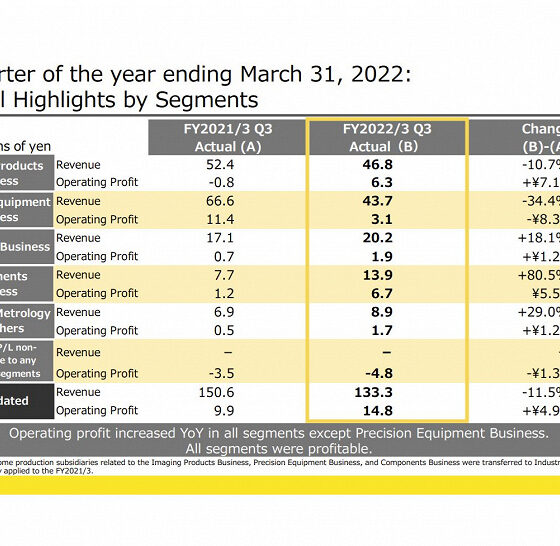 For the year, Nikon’s revenue decreased, but operating and net profit grew by one and a half times

Nikon has published a report for the past quarter. In the Japanese manufacturer’s reporting system, this was the third quarter of the fiscal year ending March 31, 2022.

During the reporting period, the well-known manufacturer of photo equipment and semiconductor manufacturing equipment generated revenue of 133.3 billion yen and an operating profit of 14.8 billion yen. It is noteworthy that a year ago these figures were equal to 150.6 and 9.9 billion yen, that is, with a decrease in revenue by 11.5%, operating profit increased by one and a half times. The result of the quarter was a net profit of 12.6 billion yen. A year ago, this figure was 8.1 billion yen. In other words, net profit also increased by about one and a half times.

The manufacturer estimates that 160,000 interchangeable lens cameras, 360,000 interchangeable lenses and 40,000 compact cameras were sold during the quarter. A year ago, these figures were 280,000, 470,000 and 80,000, respectively. We sold 7 flat panel lithographic machines, up from 12 a year ago. We managed to sell three new lithographic machines for semiconductor production and five refurbished ones during the quarter. A year ago, five new cars were sold, two restored.