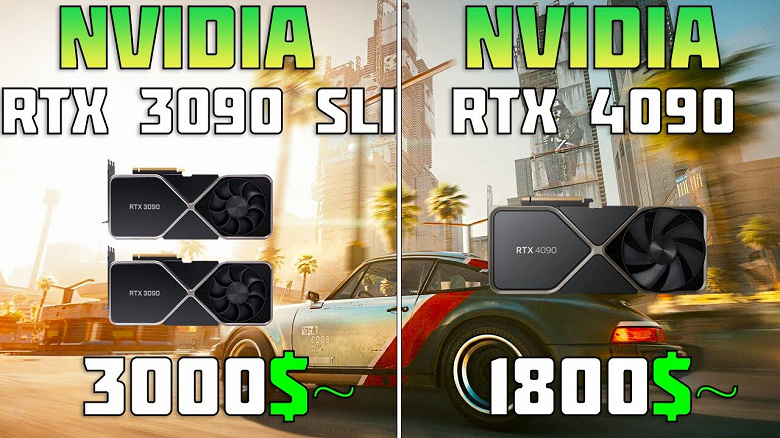 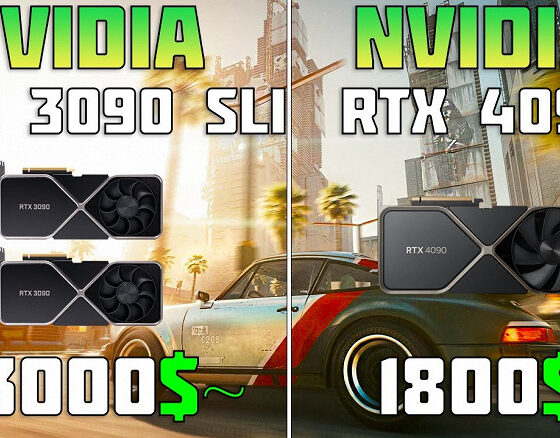 Recall that past Nvidia flagships can be combined into SLI bundles of two cards, while the GeForce RTX 4090 does not have such an opportunity.

But as you can see, even two RTX 3090s are not able to beat one RTX 4090. In most of the test games, the results are very close, although the novelty is still ahead. But in the same Cyberpunk 2077, the difference is about 40%, which is apparently due to poor SLI optimization in this game.

So buying two RTX 3090s now instead of one RTX 4090 would be a bad idea. Firstly, the novelty is faster, and secondly, one RTX 4090 consumes less power than one RTX 3090. Also, do not forget about the new DLSS 3 technology, which is only supported by new generation cards.

Less than 3 liters of volume, liquid metal and a discrete graphics card. Minisforum HX99G mini-PC is preparing for release 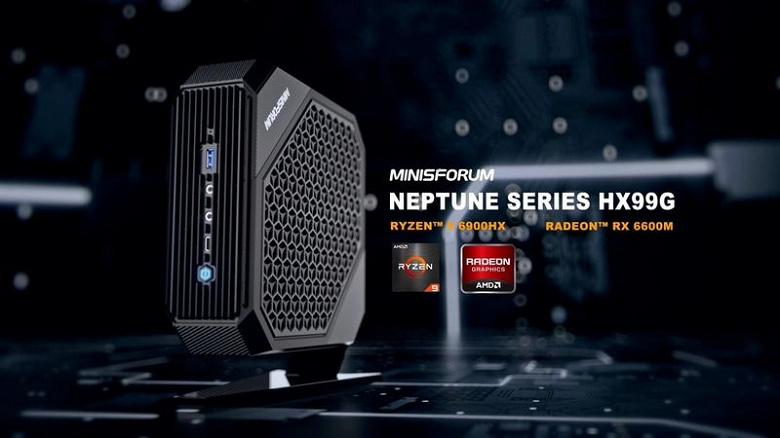 The novelty will largely repeat the HX90G model, offering a more modern APU. More precisely, it is based on the Ryzen 9 6900HX, and for gamers it is more important that the Radeon RX 6600M is used here. All this is cooled by a very massive CO with seven heat pipes, and liquid metal is used as a thermal interface.

No pricing yet, but the Ryzen 9 5900HX-based HX90G is $800 as a Barebones kit. The novelty will probably be a little more expensive.

For those looking for more CPU performance for about the same money, Minisforum has the Neptune NAD9 based on the Core i9-12900HX. But this mini PC does not have a discrete graphics card. 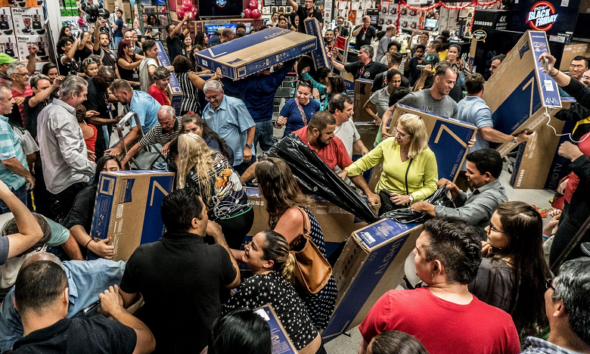 US consumers spent a record $9.12 billion online during Black Friday this year, according to Adobe, which tracks sales on... 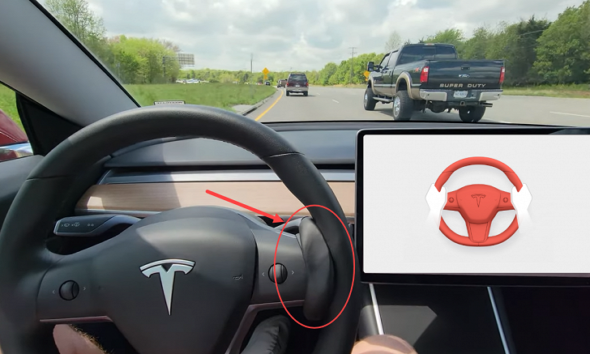 The Teslascope team, who understands Tesla software updates, found something interesting in the latest FSD beta update. Tesla vehicles can...