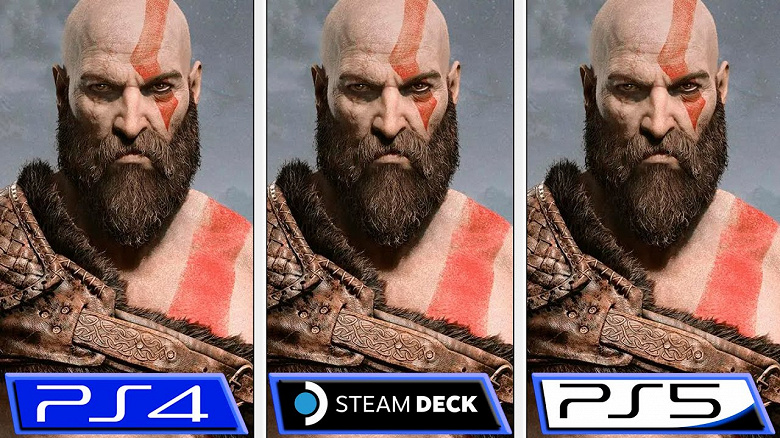 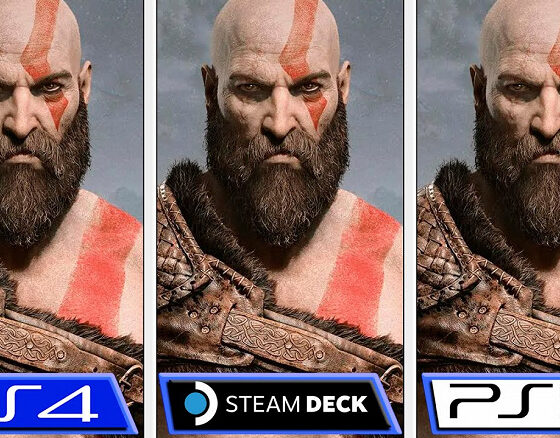 Even the PlayStation 5 sometimes loses to the portable Steam Deck in “the best video game of all time.” Big video comparison

As you know, the Steam Deck game console provides record performance for a portable device. But can it be compared with ordinary home consoles?

As it turned out, it is quite possible. In God of War, which was voted the best video game of all time based on a vote of 26 million gamers, Valve’s console sometimes outperforms the PlayStation 4 in some aspects.

Steam Deck plays the game at a lower resolution (800p vs 1080p) due to the console’s screen resolution. However, for example, the draw distance and the number of objects per frame on Steam Deck are sometimes much higher. The funny thing is that Steam Deck is even better than PlayStation 5 in this aspect! That’s because Sony’s latest console runs the game in compatibility mode, so it provides almost no benefit other than resolution.

Load times on the Steam Deck are also slower than on both Sony consoles, with the PS5 trailing Valve more than the PS4 against the PS5.

In general, the best picture, of course, on the PS5. In addition, this set-top box provides 60 fps at a resolution of 2160p. However, the optimization for PC, which also takes place on Steam Deck, allows this console to bypass both PS4 and PS5 in a number of aspects, which is very curious.