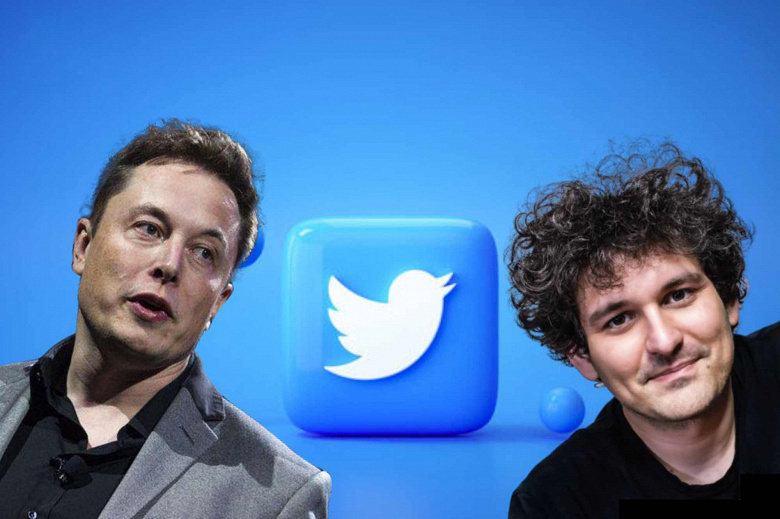 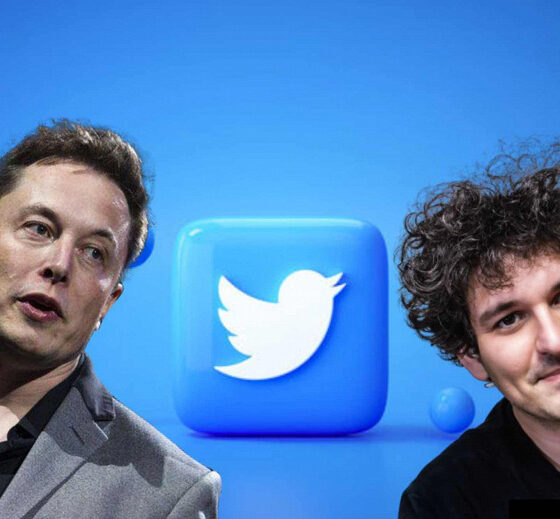 Elon Musk: The former head of the FTX crypto exchange has donated more than $1 billion to the US Democratic Party.

Tesla, SpaceX and Twitter CEO Elon Musk has suggested that Sam Bankman-Fried, the founder and former CEO of FTX, “probably” donated up to $1 billion to the Democrats.

In a recent Twitter discussion, Will Manidis, CEO of healthcare AI platform Science, called Sam Bankman-Fried’s donations to politicians “one of the most profitable deals of all time” because they kept him out of jail for stealing over $10 billion.

Elon Musk took part in the discussion, who argued that

It’s just a publicly available figure. His eventual support for the Democratic Party election likely exceeds $1 billion. The money has gone somewhere, so where did it go? 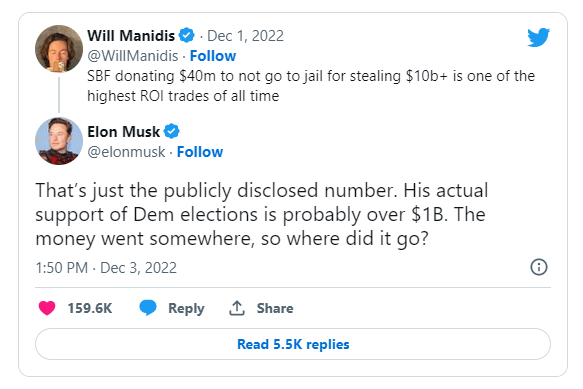 Sam Bankman-Fried is known to have donated $5.2 million to Joe Biden’s 2020 presidential campaign, and also donated $10 million to support Carrick Flynn, the Democratic nominee for Oregon’s Congressional seat, who failed to win the election. .

It’s also interesting to note that back in May, the former head of FTX said he could donate between $100 billion and $41 billion for the upcoming 2024 US presidential campaign. He even called the $1 billion “soft ceiling.”

Yes, I think it’s a worthy thought to look at as a kind of… I wouldn’t like to say it’s a hard ceiling, but at least as a kind of soft ceiling, I would say.

The release of these speculations and facts comes amid growing outrage against Sam Bankman-Freed and the fact that lawmakers have no questions for him.

Crypto exchange FTX, which filed for bankruptcy a month earlier, caused billions in losses to about one million customers and investors. Currently, the Securities and Exchange Commission (SEC) and the Department of Justice (DOJ), two of the top US regulators, are investigating the mishandling of customer funds on exchanges, but have yet to file any charges.