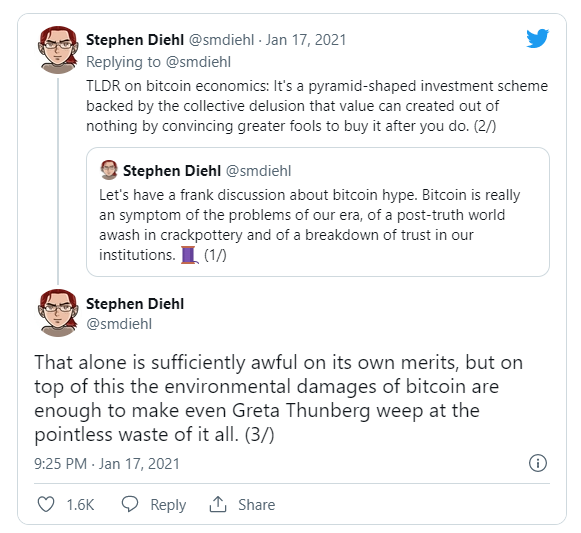 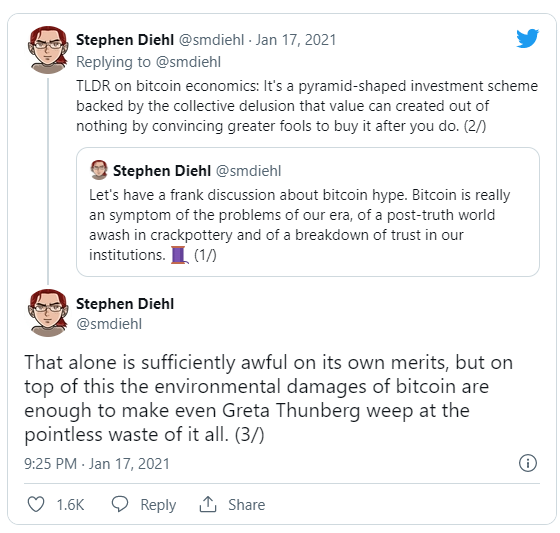 Due to increased energy costs, the European Parliament put to a vote the issue of banning cryptocurrencies

In 2021, mining cryptocurrencies (receiving digital coins for performing calculations necessary to operate the cryptocurrency network) was criticized by a number of prominent figures in the world community for the fact that it consumes a huge amount of electricity.

Suffice it to recall the case with Tesla: the company temporarily refused to sell its cars for bitcoins “for environmental reasons”, although before that Elon Musk actively promoted this method as the simplest and most promising.

It all started with the your Twitter programmer Stephen Diehl has detailed his vision that the creation of digital currencies entails large environmental costs.

“… do not forget that the damage to the environment is so great that Greta Thunberg sobs from the useless waste of resources.”

And, now, after almost a year, the European Union (EU) has submitted for discussion a ban on the circulation of cryptocurrencies with the “proof-of-work” (PoW) mechanism. It is in this way that Bitcoin and Ethereum are “mined”.

According to the EU, “…PoW is an unnecessarily energy-intensive consensus mechanism that underpins popular cryptocurrencies such as bitcoin (BTC) and ether (ETH).” The computing process has come under scrutiny from lawmakers in the EU due to energy concerns that have emerged in recent months. 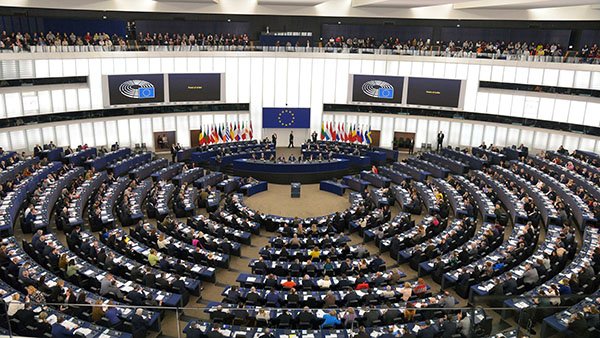 The draft legislative framework proposed by the European Union for the regulation of virtual currencies, markets for crypto assets (MiCA), assumed a complete ban on the use of cryptocurrencies and crypto services obtained by the PoW method from January 2025.

The EU MP in charge of the MiCA legislative framework, Stefan Berger, said at the time that the paragraph in question had been removed, but no final decision had yet been made.

While there are plans to move Ethereum from proof-of-work to a less energy-intensive consensus mechanism called proof-of-stake, it’s not clear how technically bitcoin, the world’s largest cryptocurrency by trading volume, can move away from proof-of-work.

So while there has been a huge push towards renewable energy in bitcoin mining lately, the industry is still very dependent on traditional energy sources, making the cryptocurrency potentially vulnerable to a stronger supply.

The crypto community has been quick to respond, with some urging EU citizens to contact their parliamentarians to oppose the measure.

Individuals and organizations should be free to choose the technology that best suits their needs. Politicians should neither impose nor discriminate in favor of a particular technology. This is deeply touching and will have serious implications for Europe.

As a result of today’s vote, parliamentarians rejected the proposal to ban and limit the circulation of Bitcoin and Ethereum.