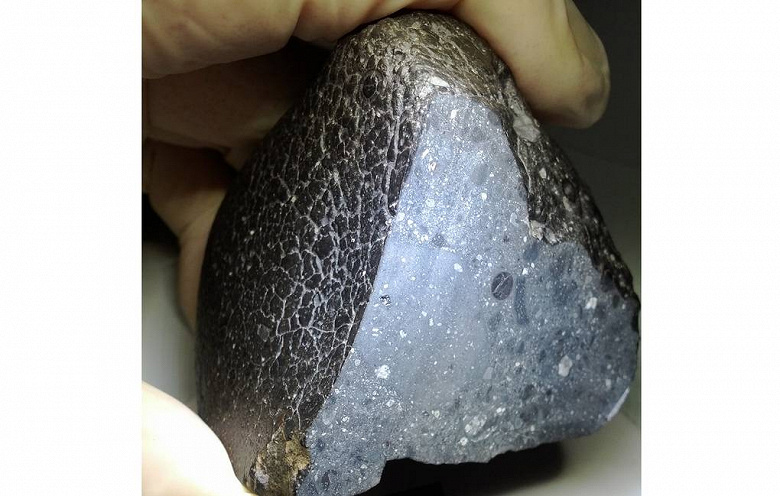 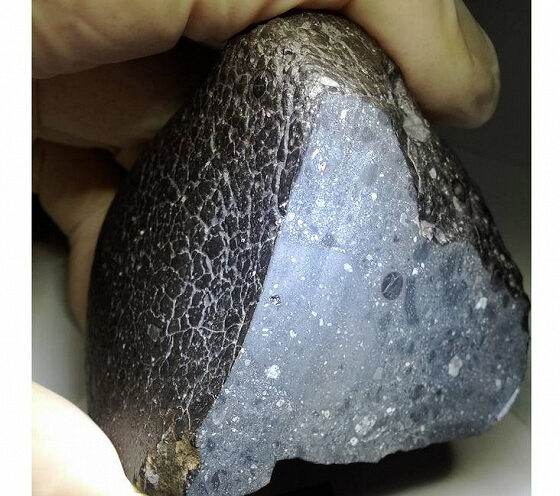 Discovered the origin of the ancient Martian meteorite “Black Beauty”

Scientists studied the composition and structure of the Black Beauty meteorite (NWA 7034), found in Morocco in 2011, and concluded that it was thrown into space from the surface of the Cimmerian land on Mars about 5-10 million years ago. The work is published in Nature Communications.

“For the first time, we were able to identify the conditions under which the only Martian meteorite known to us, consisting of basalt breccia, arose. We made this discovery at least ten years before similar rocks will be delivered from Mars to Earth as part of the MSR mission, ”said Anthony Lagein, a researcher at Curtin University in Perth (Australia).

The Black Beauty meteorite, named for its characteristic black color and unusual pyramidal shape, was discovered in the Moroccan part of the Sahara Desert in 2011. Subsequently, it fell into the hands of American skystone collectors, who turned it over to geologists, who named it NWA 7034.

The study of the meteorite showed that it is a fragment of Martian basalt, which was ejected into space in the distant past as a result of an asteroid impact on the fourth planet of the solar system. According to the current estimates of researchers, the rock fragment was formed more than four billion years ago. For this reason, it is one of the most ancient Martian meteorites.

The researchers found that NWA 7034 is a fragment of the primary rocks of the Martian crust, which was separated from the surface of the planet during the formation of the Khuzhirt crater about 1.5 billion years ago. It was thrown into space much later, about 5-10 million years ago, when a meteorite fell next to it, giving rise to the Karrat crater, located on the territory of the Cimmerian land.

Scientists came to this conclusion by studying the structure and properties of the Black Beauty, as well as by automated analysis of images of craters on the surface of Mars. To do this, they created an algorithm that studied photographs of each Martian crater and compared its rock structure, composition, magnetization level, age, and other parameters with the properties of NWA 7034.

These calculations indicated that nine craters located in the southern hemisphere of Mars can claim the role of the “homeland” of this meteorite. Subsequent study of these elements of the Martian relief showed that the Black Beauty is a fragment of ancient rocks that was ejected into space as a result of the formation of the Khuzhirt and Karrat craters approximately 1.5 billion and 5-10 million years ago.

A similar story of the origin of the NWA 7034 meteorite, as scientists note, speaks in favor of the fact that it is a fragment of the primary crust of Mars, which was formed in the first moments of its existence. This makes the “Black Beauty” and the Karratha crater that gave birth to it especially interesting for future expeditions to Mars, the scientists concluded.