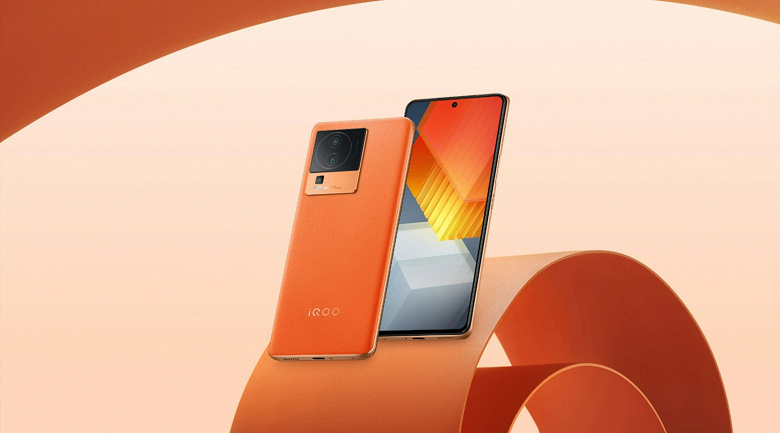 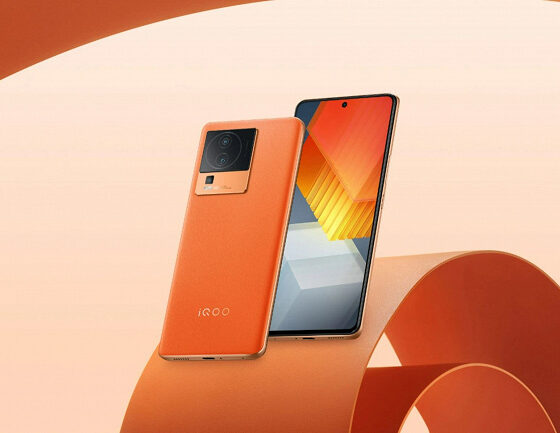 The iQOO brand today officially unveiled the iQOO Neo 7, and it’s quite a remarkable device: at the price of a standard mid-range model, the performance is higher than many flagship models, even gaming ones.

iQOO Neo 7 is based on the MediaTek Dimensity 9000+ single-chip system, and it is to her that he owes his performance. In AnTuTu, the device scores 1,080,000 points. Almost as much as the Xiaomi 12S (about 1,105,000), only the Xiaomi flagship costs twice as much. To prevent the device from overheating, the developers have equipped iQOO Neo 7 with a multi-layer cooling system with a 4013 mm evaporation chamber.2. 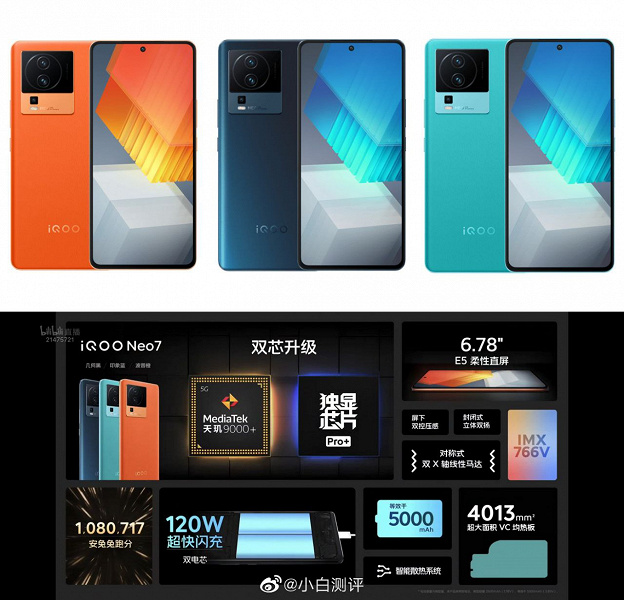 iQOO Neo 7 received a 6.78-inch Samsung E5 AMOLED screen with Full HD + resolution and a frame rate of 120 Hz. The smoothness of the picture in games is also ensured by the additional Pixelworks Independent Graphics Chip Pro + chip. 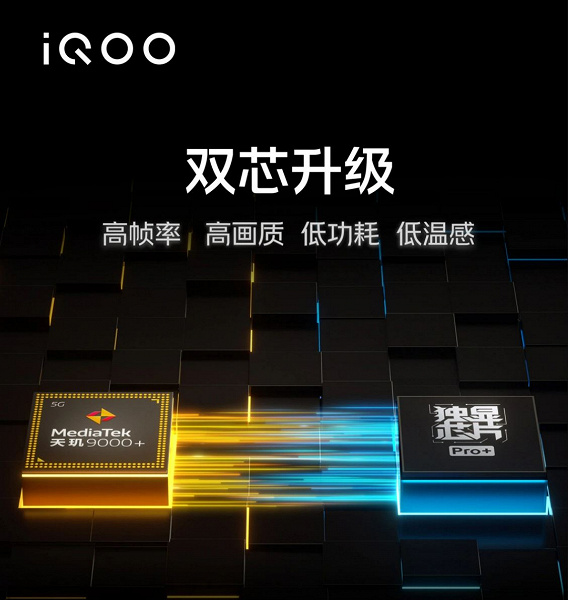 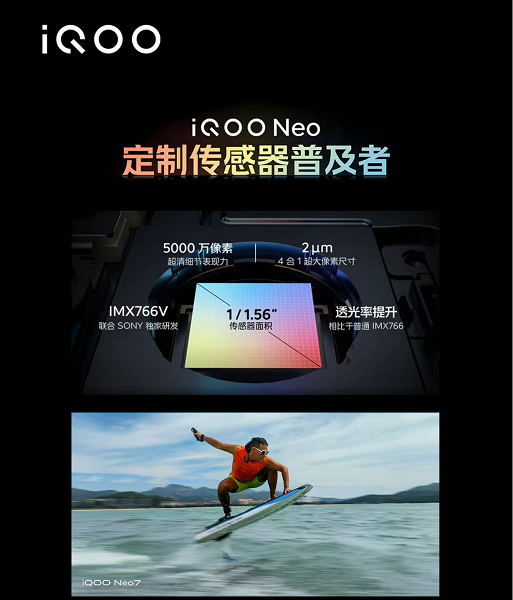 The battery capacity was 5000 mAh, wired charging power – 120 watts. The OS is Android 13 with OriginOS Ocean interface. The configuration of the phone also includes an IR emitter, stereo speakers, a powerful vibration motor and an under-screen fingerprint scanner. The thickness of the device is 8.5 mm, weight – 197 grams.