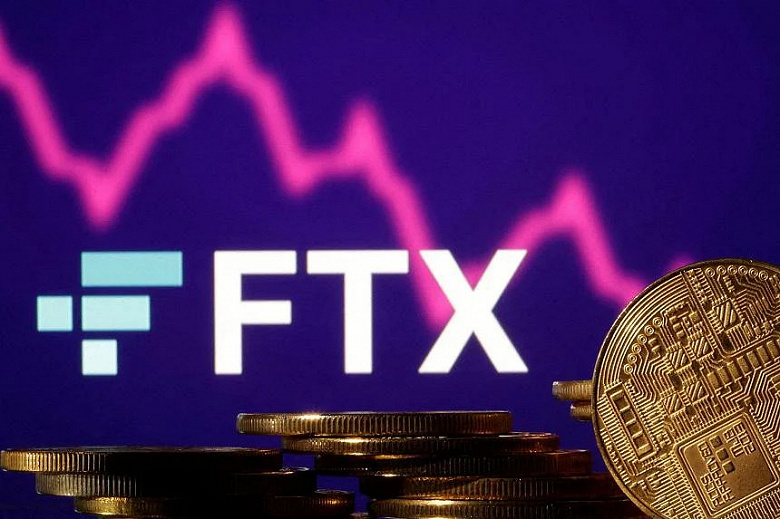 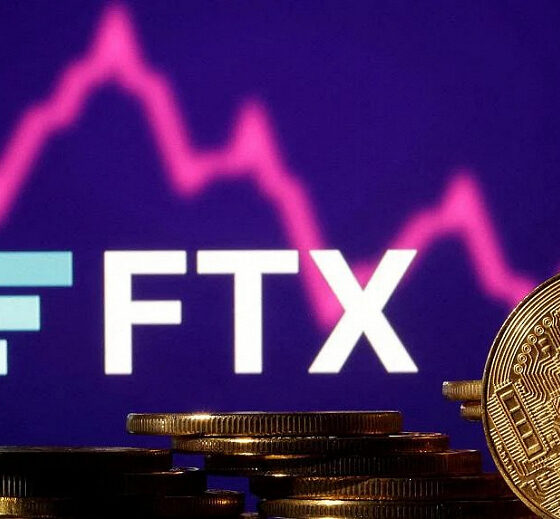 Following the announcement that the FTX Group filed for bankruptcy, investigations began against the managers of the crypto exchange and affiliated companies.

As of Nov. 10, the largest portion of FTX’s assets were Robinhood stock, worth $470 million, according to filings. This was not disclosed in the filing for bankruptcy of the group of companies of 134 entities that formed around FTX. The document, provided to potential investors prior to the bankruptcy, provides a detailed picture of the financial hole in the FTX crypto empire and evidence that the exchange’s clients will face multimillion-dollar losses in the assets they held on the exchange.

Now former FTX CEO Sam Bankman-Fried, co-founder Gary Wang and CTO Nishad Singh, based in the Bahamas, are trying to escape to Dubai.

The Block claims that in 2022, the FTX administration spent about $74 million to buy real estate in the Bahamas. 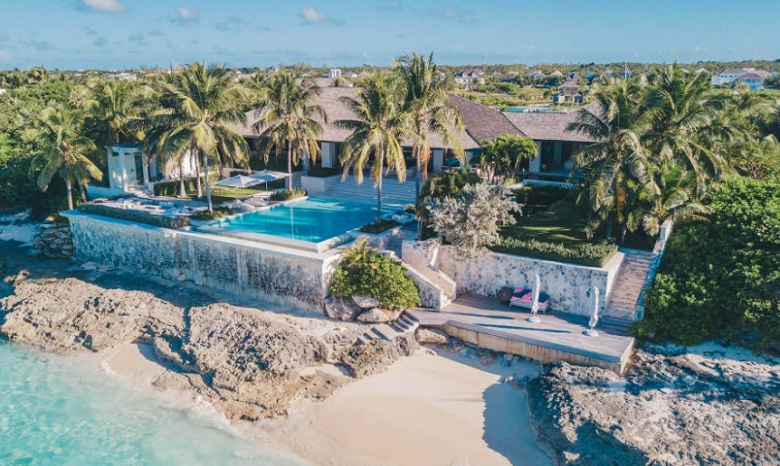 According to people familiar with the matter, Alameda Research CEO Caroline Ellison is currently in Hong Kong. She also has the opportunity to go to Dubai.

Dubai is known not only for the fact that the offices of many cryptocurrency platforms are located in this city and world conferences dedicated to blockchain are held in this city. Dubai, as a rule, does not extradite persons who are suspected of financial fraud in other countries. If Sam Bankman-Fried somehow manages to get to the UAE, he is unlikely to be held accountable later.

FTX’s bankruptcy filing provides few details about the group’s financial condition, but notes that assets and liabilities range from “$10 billion to $50 billion” and that the company has more than 100,000 creditors.

A spreadsheet listing the assets and liabilities of FTX International, which came to reporters from the Financial Times, clearly indicates the problems that caused the exchange to collapse. It mentions a withdrawal of $5 billion on November 7, as well as a record of a negative balance of $8 billion in an internal account that does not have a clear and detailed description, except for the comment “[email protected]”.

Bankman-Fried told the FT that the $8 billion related to funds “accidentally” given to his trading firm Alameda, but declined to comment further. He previously wrote on Twitter that FTX had $4 billion in liquid assets when it faced a mass withdrawal of user funds, which he estimated at $5 billion. According to him, one of the the main causes of the liquidity crisis of the stock exchange. 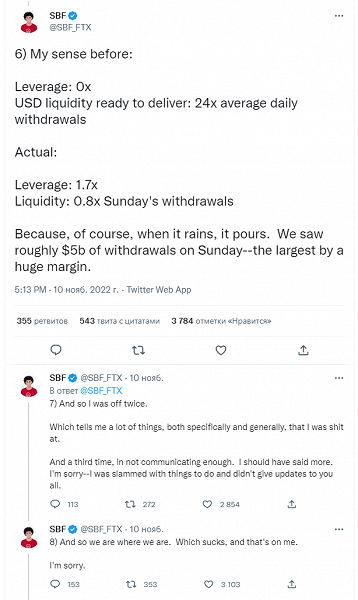 Investment filings from FTX Trading, the company behind FTX, show liabilities of $8.9 billion, most of which are US dollar balances of $5.1 billion. The spreadsheet shows that FTX Trading’s assets total $9. .6 billion, but it is unclear how much of that value could be realised.

At the same time, there is not a single Bitcoin on the list, although FTX’s commitment in BTC is $1.4 billion.