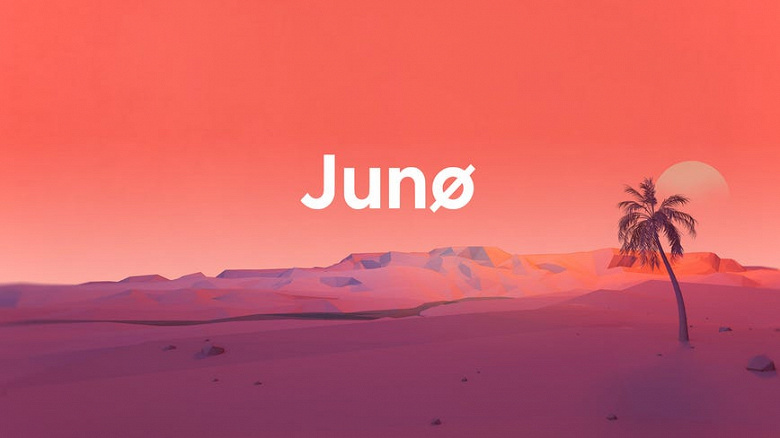 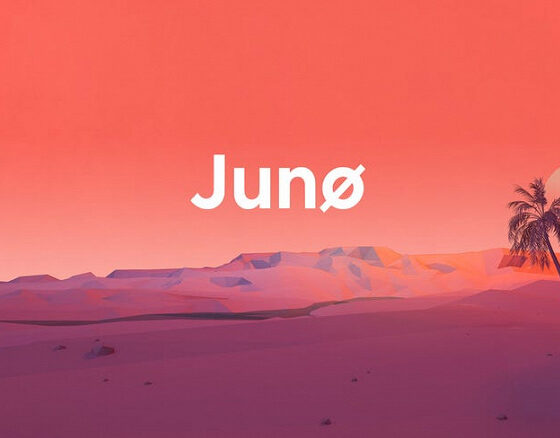 JUNO is a cryptocurrency in the Cosmos ecosystem. It is a permissionless, decentralized and censorship-resistant way for developers who want to efficiently run smart contracts with total security.

The creators of the JUNO cryptocurrency mistakenly “burned” $36 million in assets seized from a “cryptokit” (a holder of a large amount of cryptocurrency or a trader with significant capital who has enough assets to influence the market).

Initially, the developers planned to transfer the cryptocurrency to the community. Andrea Di Michele, one of the founding developers of Juno Network, said that he sent the correct wallet address and the hash of the transaction to transfer the confiscated coins.

A hash is needed to connect blocks in the blockchain, and the hash function looks very similar to a wallet address (essentially a code from a set of characters). As a result, the person who was in charge of the transfer, for some reason, copied and pasted the hash, and not the wallet address, for the transfer. The operation went through and over $35 million in JUNO was incinerated instantly. Moreover, the transaction was verified by 125 network validators and did not reveal any inconsistencies.

However, according to Di Michele, the developers will be able to return all funds in a few weeks. Since the JUNO blockchain runs on a Proof-of-Stake (Proof of Stake) algorithm and not Proof-of-Work, this allows the community to collectively vote to cancel a transaction. The JUNO community is still relatively young and not numerous, so it will be realistic to collect a “quorum”.

“The funds will arrive at the correct address in a week or so. It’s bad, but it can be solved,” Di Michele said.

On April 29, the project community officially voted to confiscate over 2.9 million JUNO belonging to the whale. According to the crypto community, an unknown person was able to dishonestly take over the JUNO cryptocurrency as part of an airdrop (from the English “airdrop” is a marketing tactic common in the crypto industry, which is aimed at drawing attention to the project by giving away its tokens or coins for free).

Initially, the amount claimed for seizure was estimated at $121 million. But in recent days, the quotes of all cryptocurrencies have significantly decreased, and the price of JUNO was no exception. As a result, the value of 2.9 million JUNO dropped to $36 million. The anonymous “whale” repeatedly appealed to the community not to confiscate his tokens. According to him, the Juno Network developers were secretly selling JUNO, which caused damage to the community. 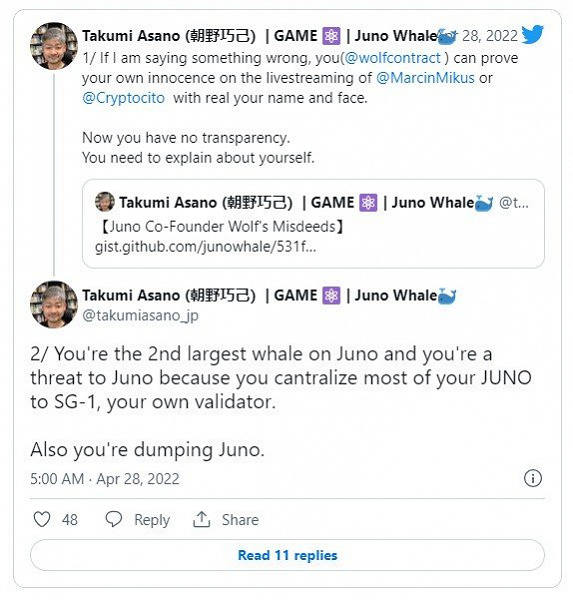 The whale later threatened to take “legal action against every validator” if the community burned or locked up the tokens it previously owned.

The moral of the story is this: always double-check your wallet address. Twice. As you can see, even the developers of large projects make mistakes in operations with huge amounts.