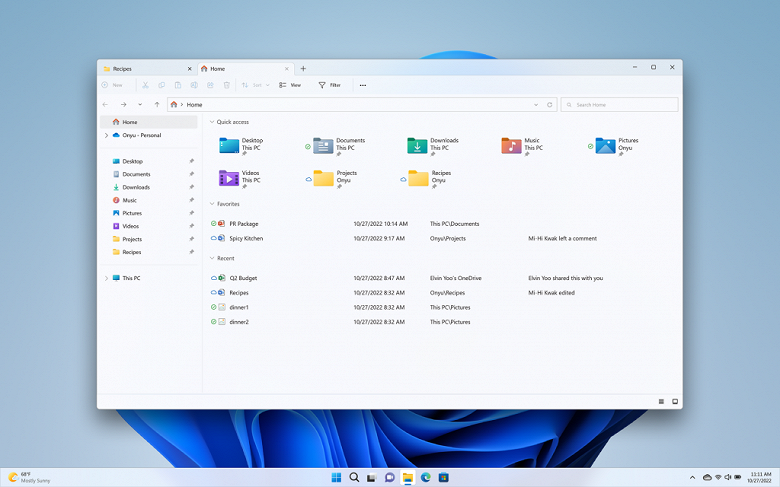 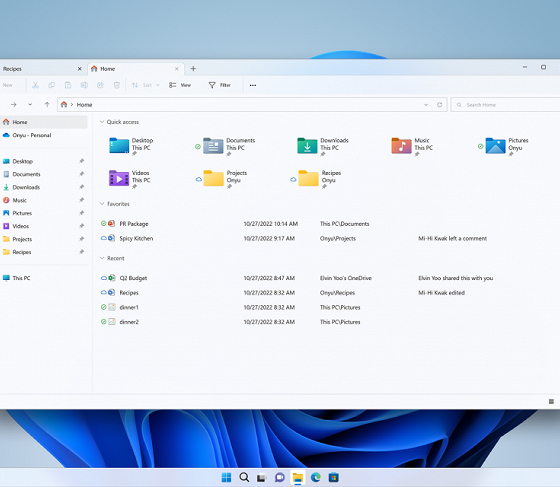 Microsoft has released an update for the Windows 11 operating system that adds previously announced features to it. This was reported in the official blog of the corporation.

Tabbed browsing has been added to File Explorer. Now in the updated interface, users will be able to organize files and switch between folders with different settings.

One of our favorite and most used features, File Explorer just got better. Windows is always looking for ways to simplify your daily tasks and make collaboration as easy as possible. So, we’re releasing File Explorer Tabs that let you organize your files and switch between folders with ease.

On the main page of “Explorer” there is a new section “Favorites”, where computer owners can add frequently used files.

The new Favorites section is the perfect place to pin your most used files. And with the power of OneDrive, we’ve made it easy for you to see important information, like which of your colleagues last edited or commented on your file. When you share content, Windows may also provide a list of contacts you are likely to share content with and some personalized offers based on your Microsoft 365 account.

Another new feature is the Suggested Actions feature, with which Windows makes your everyday tasks, such as collaborating with colleagues, more efficient.

The point is to anticipate your needs and suggest actions you might want to take. For example, when text contains phone numbers or future dates, Windows highlights them, making it easier to click and call using Phone Link, Teams, or Skype. Or, you can tap to schedule a meeting by adding the event to the Calendar app and including the person you’ve chatted with by invitation.

The taskbar has also been updated. Now it has an overflow function – the program will automatically move applications to the additional menu if the space for placing shortcuts runs out.

This update is optional, users need to manually install it through Windows Update.