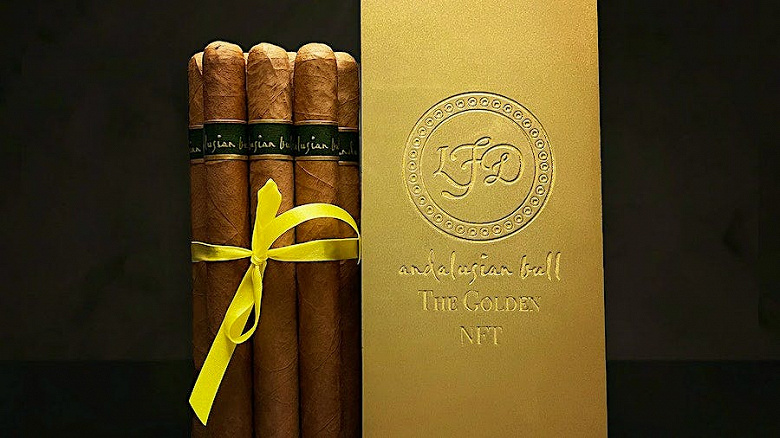 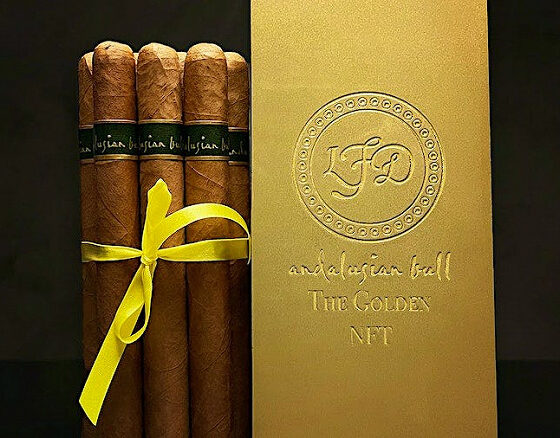 Last week, cigar manufacturer La Flor Dominicana and blockchain platform UREEQA released an unusual collection of NFTs. Only seven people from all over the world received a rare chance to become owners of the Andalusian bull cigar in the form of NFT (The Golden NFT). Owning it will allow you to buy up to 70 cigars per month.

As is the case with other NFTs that build bridges between the physical and digital space, the first buyers of the token additionally received a real gift – a personalized Gold Bullion humidor (cigar storage box) for 50 cigars. The “Andalusian bull” is also attractive in that it is a special LFD cigar (La Flor Dominicana Reserva Especial Belicoso), which is not currently available for purchase on the mass market.

With its name, “Andalusian bull” pays homage to Spain, the country where the founder of the company, Litto Gomez, was born. In 2016, the product became the cigar of the year according to Cigar Aficionado magazine.

“We took a giant leap by doing something completely unprecedented in the cigar world, and I think that was in the spirit of the LFD,” said Tony Gomez of La Flor Dominicana, which makes cigars in the Dominican Republic. “The same can be said for everyone involved in the bidding process and we want to thank them for their trust and belief in both LFD and the project itself. Together we made cigar history.”

The scope of the auction corresponded to the financial capabilities of its participants. According to the organizing company, during the auction, prices reached $90,000.

The La Flor Dominicana team ensures that the first seven buyers of the token will be the only ones in the world who can purchase The Golden NFT directly.

The UREEQA platform, in turn, is ready to provide users with a high level of security when interacting with its NFT platform.