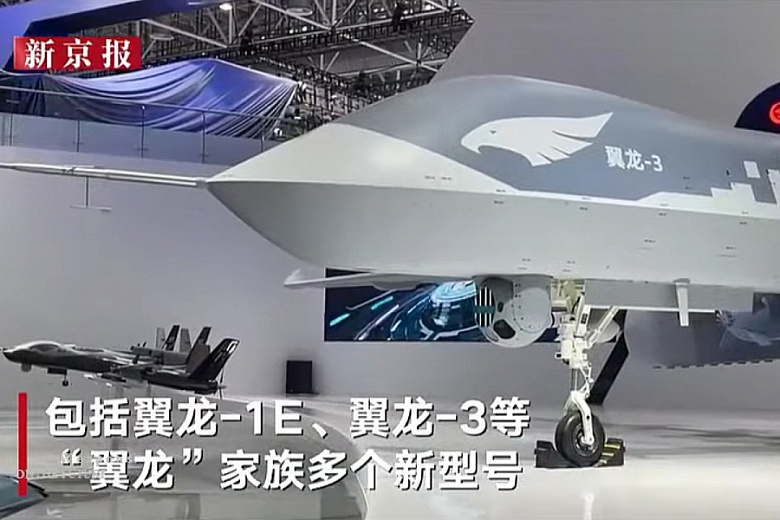 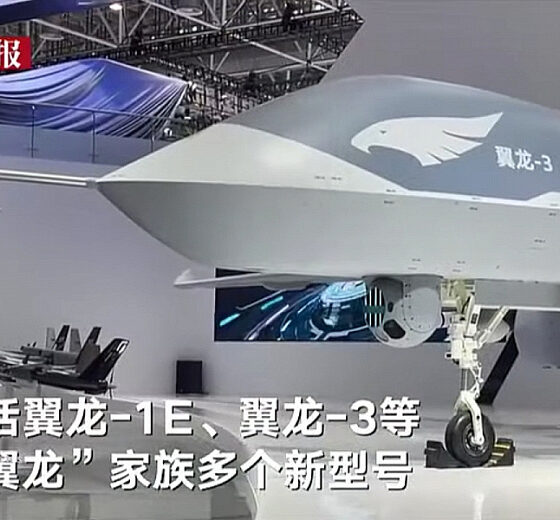 China has shown a new Wing Loong-3 (WL-3) drone with intercontinental range and the ability to attack targets in the air. The device was first demonstrated at the Airshow China 2022 air show, which is taking place these days in the city of Zhuhai (Guangdong province).

UAV flight range – up to 10 thousand km. At the same time, according to official Chinese media, it can carry 16 missiles and bombs, and in particular, it can be equipped with the latest PL-10E air-to-air missile. What military operations using the Wing Loong-3 might look like is well demonstrated by the video.

The chief designer of the project, Zhou Yi, noted that after takeoff, the Wing Loong-3 can carry out such operations as long-range reconnaissance, strikes against targets of paramount importance and long air patrols. He clarified that the UAV can also carry out civilian missions, such as measuring atmospheric indicators and search and rescue operations. 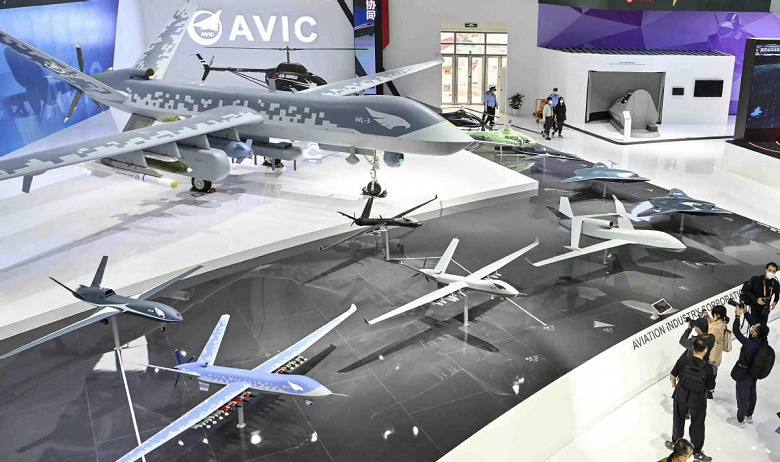 Wing Loong-3 – in the center of the exposition

The drone is a further development of the already well-known mass-produced devices Wing Loong-1 and Wing Loong-2, and is made according to a scheme similar to the American General Atomics MQ-9A / B UAV.

Wing Loong-3 is equipped with a turboprop engine in the tail with a pusher propeller. The maximum takeoff weight is 6200 kg with a payload of up to 2300 kg (including 2000 kg on eight external hangers and 300 kg in the internal compartment). The flight duration reaches up to 40 hours.

AVIC said they are working on mass production of the Wing Loong-3.

Also at the air show, other drones from the series were demonstrated – Wing Loong-1E (it was designed as a response to the American reconnaissance and strike UAV MQ-1C Gray Eagle) and Wing Loong-10A. Previously, China exported Wing Loong series drones to 11 countries, and, judging by various reports, they were actively used during the conflict in Libya.

In addition, at the air show, China Aerospace Science & Industry Corporation Limited showed an integrated anti-drone system that should detect, attack or interfere with them using electronic warfare. The system includes radars, long-range and medium-range air defense control to defeat large attack drones, and means to intercept small and miniature UAVs. In particular, it will be possible to use HK-17AE anti-aircraft missile systems and the latest FK-3000 anti-aircraft missile and gun systems, as well as ZR-1500 unmanned ground vehicles for support, against vehicles.