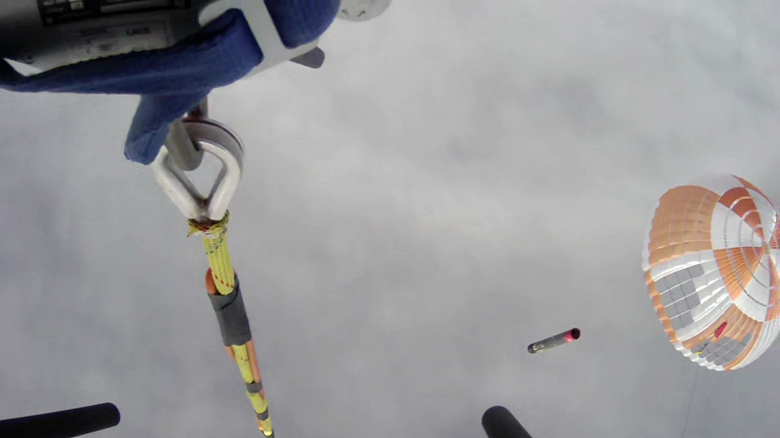 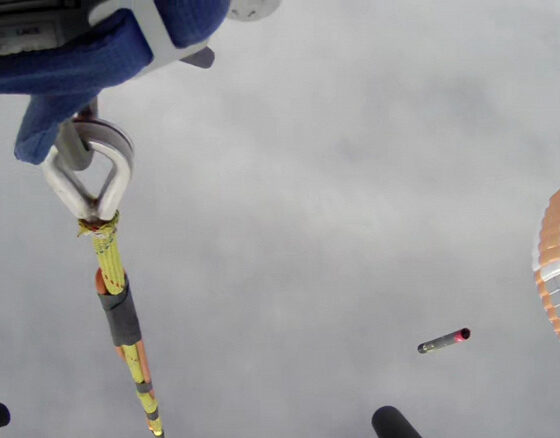 Catch the first stage of a rocket with a helicopter. Rocket Lab almost successfully pulled off such a trick.

Rocket Lab conditionally repeated SpaceX’s achievement last year by returning the first stage of its Electron rocket. Yesterday she did it again, but in a more interesting way.

Last year, the booster was returned quite simply: it landed on a parachute. Of course, technologically this cannot be compared with the SpaceX solution, but Rocket Lab itself is still far from the level of the brainchild of Elon Musk.

Yesterday’s launch marked the first time the company has attempted a more complex stunt: capturing a parachute-dropping booster with a helicopter. For these purposes, a Sikorsky S-92 was used, which, at an altitude of about 2 km, hooked a parachute line with a hook. And Rocket Lab succeeded. True, the pilots themselves were not happy with the way the accelerator hangs under the helicopter, and decided to drop it into the ocean, from where it was then lifted onto a transport ship.

Bringing a rocket back from space and catching it with a helicopter is like a supersonic ballet. There are a huge number of factors that must be combined and many systems must work together flawlessly, which is why I am incredibly proud of the efforts of our rescue team and all of our engineers who successfully completed this mission. Now we will evaluate this stage and determine what changes we may want to make to the system and procedures for the next launch.

Rocket Lab says the experiment gave the helicopter pilot different load characteristics than those previously tested. This will provide important information for future launches. The goal is to be able to grab the booster in the air and deliver it directly to the ground, instead of dumping it into the sea, as salt water can damage the booster.